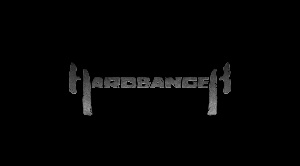 When Hardbanger came up with the name for their band (formed in 2011), they weren’t making shit up. Their sound is undeniably hard and heavy. Granted, Hardbanger isn’t reinventing the wheel and their sound may be a couple decades late (though there is a market for it and there are other new bands doing it, e.g., KEN mode).

The band produces simple sludge metal, not far removed from Alice in Chains’ Tripod or Helmet in general. What the French band does bring to the grunge-era table are guttural vocals. As far as the musicianship goes, it’s pretty basic – but it’s effective.

Hardbanger’s first single and video is “Neck,” which somehow brings to mind Prong’s “Snap Your Fingers, Snap Your Neck.” FYI, there is no musical similarities between the two songs. The video for “Neck” had me groaning “not another band video” until the very end. I think Hardbanger really missed out on capitalizing what might have made a great video. It ends with a stripper (it must be the stripper otherwise the gratuitous shots of the stripper throughout the video are in vain) using some ether on the singer (Brew) and the closing image is of him tied up and sitting on the floor with his back against the stripper pole.

The other video is for a song called “Civilization,” which is a cover of French electro band Justice, and it just uses outtakes from the “Neck” video shoot. Both songs, however, make me want to roll a joint, sit in a dark room, and just veg out while enjoying the heaviness, i.e., Hardbanger is not conducive to moshing.

An interesting side note to Hardbanger’s approach to the changing music industry is that they have no intention to release an album. Rather, they aim to write, record, and release each song as it comes.