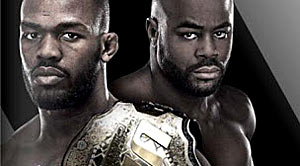 UFC light heavyweight champion Jon Jones is about to put his title on the line against the man that knows him better than any of his past opponents, former teammate Rashad Evans. The two square off at UFC 145 on Saturday, April 21, 2012 at the Philips Arena in Atlanta, Georgia.

Take a deeper look at the two former friends as they prepare for their showdown.