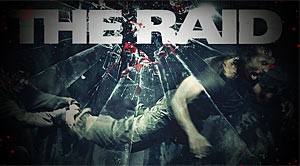 Iko Uwais stars as RAMA a member of a special team (JAKA by Joe Taslim, BOWO by Tegar Satriya, ARI by Ananda George, WAHYU by Pierre Gruno and BUDI by Verdi Solaiman) arrives at a rundown apartment block with a mission to remove its owner, a notorious drug lord named TAMA played by Ray Sahetapy. The apartment block has never been raided before, never been touched by police. Seen as a no go zone, the building has become a sanctuary to killers, gangs, rapists and thieves seeking accommodation in the one place they know they cannot be touched. Making their move in the break of dawn, they work their way up the building under the cover of silence, steadily controlling the location one floor at a time. But when a chance encounter with a spotter blows their cover, TAMA orders a lock down on the building with all lights out and all exits blocked. Now stranded on the 6th floor with all communications cut and with TAMA sending out a call to arms, the special force team must fight their way through every floor and every room not just to complete their mission, but to survive their bloody ordeal.