What’s Next For The Winners And Losers Of UFC 144 “Edgar vs. Henderson”? 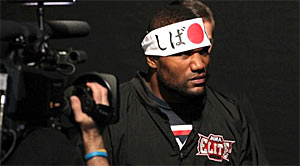 Yesterday the UFC returned to Japan, and what an event it was. From slick submissions to brutal knockouts to hard-fought three-round and even five-round wars, UFC 144 was an event that had something for everybody. Now once again it’s time to ask: what’s next? What does the future hold now that we have a new UFC Lightweight Champion? Here’s my answer to just that: a new edition of my “What’s Next for the Winners and Losers” series of articles, now featuring UFC 144.

If the rumors are true, we’ll probably be getting Anthony Pettis vs. Benson Henderson 2. That’s a fight I would definitely love to see, since I considered their first encounter one of the greatest MMA fights of all time. The UFC tends to flip-flop a lot, though, especially in a division as stacked as Lightweight. My official prediction is two-fold: either the UFC makes the rematch and it’ll be just as epic as their first fight, or Pettis will fight the winner of Nate Diaz vs. Jim Miller in a “contender eliminator” fight.

Hioki’s place in the Featherweight division is very interesting right now. He didn’t look too good in his UFC debut against decent competition, but he shined at UFC Japan against good competition. This victory wasn’t enough to put Hioki in the mix, but I do think it’s enough to earn him a shot at a Top 10 Featherweight. Some names off the top of my head that I think would be an interesting matchup for Hioki that would give him plenty of opportunity to further prove himself: Yuri Alcantara, Jimmy Hettes, and Chan Sung Jung.

For two out of the three rounds of their fight, Tim Boetsch looked woefully unprepared for a top-division star like Yushin Okami. But all that matters is the finish, which saw Boetsch TKO’ing Okami in miraculous fashion. At this point I really don’t know what you do with Tim Boetsch. Based on his performance in the first two rounds, I absolutely think it’s justified to say that Boetsch isn’t Top 10 yet. Sometimes beating a top opponent doesn’t put you at the top, it just knocks the guy you beat down from the top. I think Boetsch needs at least one more fight, maybe against Demian Maia, Chris Weidman, or even Michael Bisping, before we really start believing any hype.

Unemployment. The UFC has tried everything they could think of to keep Akiyama inside of the Octagon since he’s such an entertaining fighter, but it’s just not working. I think this is a bad fight to go out on, since Akiyama showed a ton of promise as a Welterweight. But he’s lost four straight, and two of those losses have been finishes. It’s time to let him go.

Josh Koscheck. Both are coming off of close fights, and both men’s status in the division is relatively cloudy right now. Can Shields really make a comeback after his big losses to Georges St. Pierre and Jake Ellenberger? Is there anything left for Koscheck at 170? I think a bout between these two would answer a lot of those questions.

Fabricio Werdum, plain and simple. Hunt’s on a three-fight win-streak right now, and for any other Heavyweight fighter that’s as good a win-streak as any to justify a “contender eliminator” fight. Of course, the shadow of Hunt’s infamous six-fight losing-streak still weighs heavily upon him. So I say give him Werdum, obviously a Top 5 opponent and definitely a risky stylistic match-up for Hunt, and let’s see if Mark Hunt really has it in him to take this comeback all the way.

Jackson will be back… but I’d be lying if I said I knew how long Jackson has left in MMA. It could be a couple of years, it could be one year, it could be three or four years. But I think the curtain has begun to close for Quinton Jackson. In his entire career as a professional Mixed Martial Artist, Quinton Jackson has never lost two fights in a row until last night. I think Jackson’s “ring age” is finally beginning to catch up to him.

I honestly kinda want to see Bader rematch Tito Ortiz, but given Ortiz’s losses lately Bader has no real reason to accept that fight other than to avenge a loss. Right now I’d like to see Bader take on Mauricio Rua. Rua may be several levels above Bader in the eyes of many, but he is coming off of a loss, and Bader does have a two-fight win-streak going for him. And let’s not forget, everyone thought Quinton Jackson was also several levels above Bader.

I think Frank Edgar’s status as a natural Lightweight has finally caught up to him. Benson Henderson is a giant Lightweight, and I think because of his success we’re going to see an influx of giant Lightweights coming into the UFC. So I think Edgar’s best bet is to finally drop the weight and head to Featherweight. Edgar would more than likely find a lot of success at 145, it’s not that bad of a weight cut at all, and Frank Edgar vs. Jose Aldo would be one of the biggest lighter-weight money matches the UFC could ever hope to make.

Maybe it’s Anthony Pettis, maybe it’s the winner of Nate Diaz vs. Jim Miller. Who knows? The UFC might even make an immediate rematch and give us Edgar/Henderson 2. I’ll say this no matter what: I’m predicting only good things for Benson Henderson. His run as WEC Lightweight Champion was only a small taste of things to come. You never know what’ll happen in the UFC’s amazing Lightweight division nowadays, but I feel confident in saying that Benson Henderson has a real shot at staying Lightweight Champion for a good long while.