The Top 5 Reasons To Sit Back And Appreciate MMA 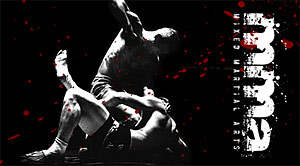 The Top 5 Reasons To Watch MMA

I’m making it a bit of a personal mission of mine this week to bring some positivity to the various internet hubs where I post my random ramblings. I don’t actually have a name for this series yet, but perhaps it doesn’t need one. The point is simple: while there’s always a lot to complain about in MMA, sometimes we should just remember how amazing this sport can be. With that in mind, here are my top 5 reasons why we should do exactly that.

No.5 The level of competition continues to rise.

Back in the old-school days, it was very rare to see a relative unknown rise to the top quickly and dominantly. That’s why those fighters quickly became the most talked-about athletes in the sport. Today, and especially in the UFC, there’s an enormous influx of incredibly gifted, young talent. Jon Jones is the primary example, but in general, the quality of competition continues to improve in MMA, and it’s been improving drastically for the last several years now. Some examples include the explosion of the lighter-weight divisions, the amazing roster of fighters in the UFC’s Light Heavyweight division, and the complete overhaul and drastic spike up in quality of the UFC’s Heavyweight division.

No.4 Now more than ever, there’s plenty of MMA to see.

If a UFC show isn’t going on sometime throughout the week, I honestly feel like my week is missing something. Does that mean I’m spoiled? Maybe. But nevertheless, with or without the UFC there’s generally always something you can catch on TV or online if you try hard enough. Alongside the UFC you’ve got Bellator and Strikeforce, in addition to online programming and HDNet. There’s a whole lot of live MMA on nowadays, especially live and televised UFC events, and that’s definitely something to be thankful about.

No.3 Incompetency is a far lesser evil than corruption.

One of the biggest issues of the last several years has been the judging system in Mixed Martial Arts. I’m fully behind the majority on this issue: enough is enough and it’s time for a change. The one thing people seem to overlook, though, is that stupid judges aren’t as bad as corrupt judges, or corrupt officials in general. As it stands right now, incompetent judges are a frequent nuisance and a problem that sorely needs to be corrected. But corrupt judges and officials have set whole sports back by decades, and in the case of PRIDE FC, allegations of corruption not only killed that promotion but the Japanese MMA scene in general. I’ll take a stupid judge over a corrupt judge any day.

It doesn’t get much bigger than a multi-year deal that includes several live shows put on during primetime on one of the largest television channels in the United States. The UFC signing with Fox was one of the largest steps forward the sport of MMA has ever taken, and it’s only just begun. Judging by press releases and the rumor mill, everyone involved in the deal seems pretty happy and excited, and it’s that positivity and energy that’s going to lead to bigger and greater shows.

No.1 Everything you love about MMA still exists; sometimes you just have to look harder for it.

Every show can’t be the greatest event of all time, every fight can’t be a five-star classic. But there’s still a lot of amazing promotions and amazing fighters out there. There’s still three-round all-out wars, there’s still amazing submissions, there’s still “OMGWTF” one-hit KTFO’s. Those moments you can’t miss, those moments that make you leap out of your seat and cheer, the moments you’ll be talking about with your friends (both online and off) for months… those moments still happen in MMA. That, above all else, is why I’m proud to still be an MMA fan. And I think that’s a fact we should all remember: while negative news stories and periods of negativity in general are cyclical, amazing moments in MMA will happen no matter what.