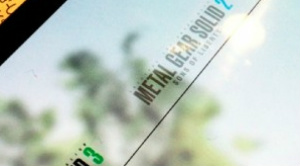 Here’s the top gaming news for the week of February 6, 2012, brought to you by Yell! Magazine

Metal Gear creator Hideo Kojima announced on Twitter last week that the Metal Gear Solid HD Collection that came out last November on the PS3 and Xbox 360 would get a release on the PlayStation Vita. The high-definition re-releases of Metal Gear Solid 2 and 3 on the PS Vita will use some of the handhelds touch controls. Don’t expect this at launch, but it should be out sometime this year.

For all you PC users still neck deep into the world of Skyrim, Bethesda released the Official High Resolution Texture Pack for The Elder Scrolls V: Skyrim. The 3.1GB it will take to download the Skyrim Creation Kit and the texture pack on will be well worth it. Now with the added Steam community tools, you’ll soon be able to download a great number of player-created mods. A prettier Skyrim awaits you, adventurer.

The year of Duty continues. Call of Duty: Modern Warfare 3’s February Map Pack is coming soon. The Overwatch map based on New York rooftops 70 stories up sounds like a falling death waiting to happen. Get ready for a firefight on top of a skyscraper on February 21st. Keep in mind, you need to be a Call of Duty: Elite member to get first crack at the new maps.

In related news, Activision released new user data. Call of Duty is now 40 million players strong. A big chunk of that coming from that the latest release. The Elite service isn’t doing so bad as well, boasting 7 million users, with 1.5 million of them being annual members. In January alone, the top three games played on Xbox Live all had Call of Duty in the title, and their older CoD games like World at War and CoD 4 still made the top 20 with 5 million active users. With these favorable numbers, Activision is hard at work making a follow-up to the Call of Duty: Elite service. Expect a new service with the launch of the next Call of Duty game this year.

The Washing Post reports that game developer Amir Hekmati was sentenced to death in Iran for allegedly spying on the country for the CIA. Hekmati and his family are now asking the Obama administration to do whatever it takes to save him. He was sentenced on January 10th, and had 20 days to appeal his sentence. However, it hasn’t been carried out yet. Current speculation is that the Iranian government is keeping him alive in order to get the U.S. to agree to a prisoner transfer. Hekmati was clearly in the wrong place at the wrong time, and is now being used as a pawn to further Iran’s goals. I could care less about foreign agendas, I just hope an innocent man can get out of this alive in a way where the U.S. government doesn’t give in to Iranian trickery.

The PlayStation Vita will be out on February 15th for those who pre-order the bundle. The rest of us can get one a week after February 22nd. For those who can’t wait, the content on Vita Store is starting to appear. As expected, downloading a title will be a little cheaper than buying it a retailer. Uncharted: Golden Abyss is $45 for download, but $50 on store shelves. Modnation Racers: Road Trip will be $27 instead of $30, and Hot Shots Golf: World Invitational is $36 online, or $40 at retail. Personally, I’d rather spend the extra bucks and get a box and the game on physical media. But for those with limited shelve space, or if you don’t wanna go outside to buy a game, this is a pretty good alternative.

These won’t be the only games available at launch. Sony released a list of 275 PSP games available for download or transferred onto your new Vita. Check it out here. If you don’t see your favorite PSP games, more games will be added to the list. I’ve been looking for a reason to get some PSP games I didn’t get the first time around.

In a show of solidarity in the gaming community. Last week, over the span of 24-hours, people donated $1,000,000 to Double Fine studio head, and all around good guy gaming icon Tim Schafer, to create his a new graphic adventure game. The money will be used to improve the project, make a behind the scenes documentary for the game, releasing it on multiple platforms, and paying for localization in different languages. All this fuss because fans want him to make an old-school point-and-click adventure game. Schafer’s initial goal was a mere $400,000, but said:

“If we really, really, really exceed the goals, I think it will make people really notice, and see that there are a lot of different unique, creative ways to fund a game.”

It goes to show you that people are willing to pay for the entertainment they want.

During a conference call with investors last week, Activision-Blizzard is hopping to release Diablo III by the end of the second quarter this year. That means this Summer around June. That sounds good. It gives me time to play Mass Effect 3 a couple times over. But why do I have a feeling that we won’t be indulging in the Diablo loot-fest until the fall.

Lollipop Chainsaw is quickly becoming one of my most anticipated games this year. The whole zombie thing was starting to become really played out. But the sheer craziness of this game keeps me interested. Check out the new trailer introducing the jock boyfriend, Nick Carlyle.

The Design Innovate Communicate Entertain Summit was last week in Las Vegas. One of the highlights of the event is the 15th Annual Interactive Achievement Awards. It’s like the Oscars but for video games. Twenty-thousand game developers and industry experts of the Academy of Arts and Interactive Sciences pick the winners. Here’s a list of all the award winners. I don’t think anything was really snubbed this year. The winners read like a game-of-the-year list.

Congratulations to all the winners!