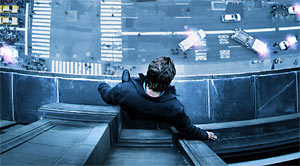 Check out the new Man On a Ledge TV Spot featuring the Blue Stahli track “Rebellion Anthem” in the video right above.

In Addition: Two Bonus Tracks For Free By Blue Stahli

FiXT recording artist Blue Stahli (aka Bret) has just released the new full-length album Antisleep Vol. 02. Tracks from the album have already been featured in a number of Film/TV/Video Games, including Spy Kids 4, Limitless, America’s Next Top Model and Man On A Ledge. The mostly-instrumental album is out now worldwide from FiXT, iTunes, Amazon, CD Baby & other great retailers. In addition to the 16 tracks on the album, Bret has created 2 bonus tracks for FREE Download.

“So just what in the hell is Antisleep Vol. 02? Much like Vol. 01 it’s a collection of tracks that I wrote for film and tv so you can hear Blue Stahli stomping through every possible form of media. Antisleep is a bit different than the vocal based self-titled album not only because it is largely instrumental, but because there are ZERO genre-restrictions, allowing me to flail wildly from heavy guitar-driven rock’n’roll to funkyass breakbeats to full on electro to glitzy Vegas action to a bit of punky stuff. Antisleep Vol. 02 is definitely a more upbeat affair and contains a nearly lethal dose of The Funk. Purchase of this album implies that you are fully prepared for the onslaught of bootyshaking armageddon sure to befall everyone within a ten block radius when you play the music contained herein.” – Bret