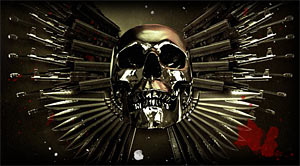 While the first Expendables was a step in the right direction, this newly released teaser for EX2 feels like something action geeks have waited their entire lives for. Every single hero that a child of the 80s and 90s, like your faithful reviewer, grew up watching gathered together in one movie.

Bruce and Ah-nuld’s roles have been expended, Norris and Van Damme have joined the cast and all your favorites from the first movie have returned for more geriatric action hero on geriatric action hero carnage! Get ready to have all of those “who would win in a fight…?” fantasy matches answered on August 17th, 2012!