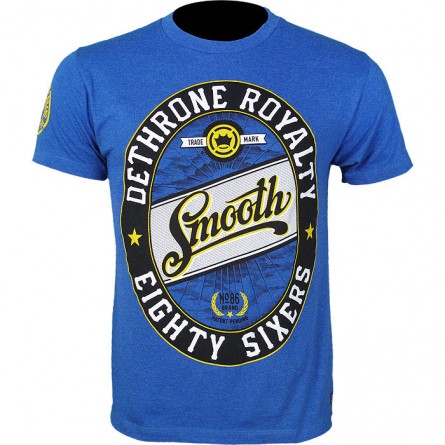 The UFC will be going to Japan, the birthplace of MMA, for the very first time under the Zuffa ownership. The full fight card was officially announced two days ago, and will feature an epic lightweight title fight pitting champion Frankie Edgar against former WEC Champion Benson Henderson. UFC 144, also known as UFC Japan: Edgar vs. Henderson will take place at the Saitama Super Arena, in suburban Tokyo, on Sunday, February 26, 2012. You can check out the full UFC 144 fight card list below.

Dethrone is a MMA apparel company that makes t-shirts for some of the top atheles currently in UFC like Ben Henderson, Cain Velasquez, Gray Maynard, Jose Aldo, and Josh Koscheck. Since Henderson’s fight is coming up real soon, it would be a great time to pick up your first ever Dethrone t-shirt, if you don’t own one already. Remember, this t-shirt might not be the official walkout tee at UFC 144, but does anyone care? Ben Henderson is on a winning streak, and you never know, he might just dethrone Frankie Edgar for the lightweight title this February.

The Ben Henderson Smooth Walkout Tee is selling for $27.99 plus applicable taxes over at the official Dethrone website. Check it out now!