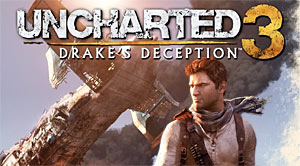 It’s alive! Yes, my faithful and too busy to check in on me from time to time to see if I’d crapped myself into oblivion in the bathroom readers, it is I, your one true God and masturbatory wet-dream! I have returned from the pitch blackness of my other, salaried job. The one where they don’t rake me with a cheese grater when I’m late with an article. Look, writing for Yell! Magazine may have its perks and numerous other bonuses but…

Actually, I have no idea where I was going with that. What perks? There’s constant whipping, moaning about deadlines, predatory stares from co-workers when you reach for the last donut, and the eternal threat of the Ashes Of Problem Employees Jar should you even dream of contemplating the notion of starting to form a dissentious thought. But enough about the pitfalls of working at the Yell! offices, I don’t want to scare off any potential human shields for the inevitable bloody uprising I most definitely do not have planned this coming Sunday at 9:30 a.m. in the typing pool. On an entirely unrelated note, Sunday is officially “bring your automatic rifle and grenades to work day.”

I have returned from my real life, 9-to-5 drone work sabbatical and am now ready to delve into some articles. First up: a review of the recently released Uncharted 3. Yeah, so it’s a week late. You want deadlines met, Evil Tormenting Bosses, make with the workplace perks. Like a paycheck. And a chair. Maybe walkies around the block off my leash once in a while. You know, the basics. Anyway, Uncharted 3. Eagerly anticipated. Big release. PS3 exclusive. Rah-rah. All that. Cue review.

Booting up the game for the first time, I was greeted by Nathan Drake’s familiar and boisterous theme music. A smile crossed my lips. I knew I was in for a good time. In a scant few short years, Uncharted has become one of the juggernauts of the gaming industry, by the strength of its graphics and game play, certainly, but few would argue against the notion that it is the series’ cast of characters that keep players coming back for more. Nathan’s tempestuous relationship with Elena is at the forefront of Uncharted 3, as is his more fatherly partnership with good ol’ Sully.

Uh, Nate? Holding hands with the wrong sidekick there, buddy.

Few will be unhappy to see Claudia Black’s Chloe make a welcome return to the series, providing some additional friction between the cast. While cinematic action sequences are still the name of the game here, Drake’s Deception features a deeper, more impactful story than previous entries. While the first two games were content to leave Nathan Drake engaging yet shallow, Uncharted 3 delves deeper into what makes our hero such a relentless adventurer and the effect his danger-seeking nature has on his circle of friends, especially perpetual tagalong and grouch, Sully.

More so than prior entries, Uncharted 3 places Nathan in some truly horrible situations, where our hero’s determined nature really shines through. Remember the desperation you felt in that scene from Among Thieves where a gunshot Nathan must travel aimlessly in a snowstorm, cracking wise all the way despite the hopelessness of his situation? Uncharted 3’s entire runtime is a bit like that. Piling abuse on top of abuse on our favorite modern-day Indiana Jones.

And that’s just his morning commute.

As usual, there’s a MacGuffin to be found. This time, it’s a fabled Arabian city, nicknamed “The Atlantis Of The Sands.” Of course no Uncharted game would be complete without a competing group of treasure seekers and the series finds its most frightful antagonist yet in Katharine Marlowe, a terrific villainess whom you’ll be rooting to see come a bad end quite early on. The game’s supernatural elements are upped by quite a few notches this time around, for better or worse. While introducing magic and mysticism is nothing new for the franchise and is well in keeping with its Indiana Jones roots, the developers really push things a little far with Djinns, flesh-eating spiders and Templar magic.

Unfortunately, the Uncharted franchise is beginning to show a few cracks in its foundations. It would perhaps be wise to wait until the next console generation before releasing any further installments. While the plot remains engaging, it’s basically a repeat of Among Thieves’ story. There’s a Big Bad, the Big Bad’s chief henchman to dispatch, Chloe is up to her usual “is she or isn’t she?” shenanigans, and Nathan makes with the wisecracks along the way. There’s fun to be had, the cast is lovable and you won’t be disappointed by game’s end, but Naughty Dog really needs to up the ante for the next game because they’ve taken the Uncharted formula as far as it can go on the current PlayStation console.

Read about Uncharted 3’s gameplay, presentation, and verdict after the jump…