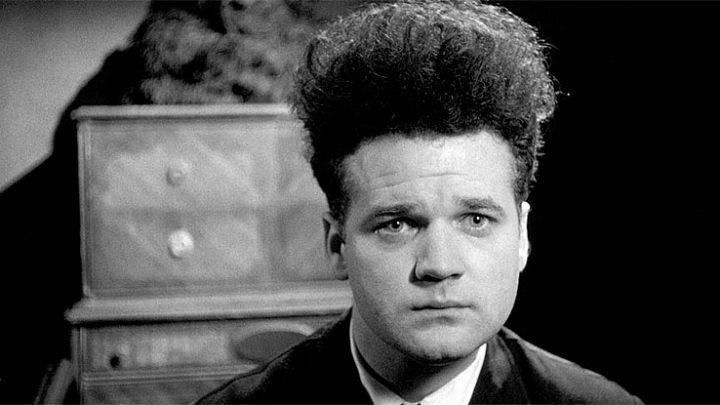 Horror exists everywhere — even in our daily lives (public bathrooms, piling debt, peopleofwalmart.com, anyone?). The horror genre has not been restricted to movies, films, and television for some time now. Horror has even reared its head in the music world — and we’re not talking about the shock-rock sort of Alice Cooper. Music videos are more frequently becoming influenced by the horror genre with each passing year. On behalf of Yell! Magazine, Jamie Lee invites you to take a look at some of the most disturbing, gnarly, sick, and creepy music videos of all time. Not only might you discover a few new bands, but you might also need a few gallons of brain bleach to get some of the rot out of your mind from this unique selection.

The video starts out with a certifiable babe (the band’s lead singer, Chibi) in a white dress, black Mary Janes, and rabbit ears lying on the floor of some strange room that is filled with everyone’s favorite child’s toy: creepy-ass dolls! There are a variety of them stacked in the corners of the room, spilling out onto the rug that our brave heroine is lying on. She does the most logical thing and starts breaking the dolls. She pulls back the rug to reveal some sort of large chalk-drawn maze, which she uses the doll’s arm to start working her way through the maze. All the while, the band’s synth-inspired metal is paired with Chibi’s vocals alternating between sickly sweet and then a legion of guttural growls.

Through the video, we learn that Chibi is trapped in some kind of fucked up, doll-controlled universe. Does that sound like a situation you’d want to be in? The moving, blinking dolls seem to be watching Chibi — or, at the very least, seem aware of what’s going on around them.

Do you know what’s worse than dolls? Dolls wearing masks. And guess what? This video has them! An amusing and yet unsettling twist is revealed at the end, making for a video that will have you thinking twice the next time you want to break a doll, shake one, or otherwise even touch a damned doll.

The haunting, chilling melody of this song is not remedied by a halfway sensible music video. We are thrown into something that looks like David Lynch directing his version of the Jonestown Massacre.

Two children are ferried across a river by a man in a monkey mask at night, their path lit only by the moon and their torches. As they draw near their stop, they see two figures dressed in almost tribal outfits with strange masks, holding broken pieces of glass that they use to reflect light onto the kids’ faces. Maybe they’re going to a fun summer camp. Oh wait, no. Their stop is a huge mansion that features a nice, big swimming pool — filled with dead people.

Inside the house is no better. We’re treated to interior shots of fancy, dead partygoers in chairs, on the floor, all over the place. Whatever they died from doesn’t seem to be violent in nature, which is even more unsettling than if there had been any blood or gore. We’re then treated to shots of Fever Ray in spooky, stylized skeleton makeup.

This is interspersed with shots of the mansion’s interior and a shamanic figure in a mask that will make you not want to look at it for too long. What does it all mean? I haven’t the foggiest idea, but the children appear to make it out safely at the end of the video.

Regardless of any deeper, hidden meanings that may have passed me by, this video is like something out of nightmare fueled by repeated viewings of Mulholland Drive.

No.8 “Prime Time of Your Life”

Remember Daft Punk? Harder, Better, Faster, Stronger? Also otherwise known as those French robot guys with the phat beats. But did you know that they’re a little fucked in the head? Take for example their video for their song “Prime Time of Your Life.”

I really dig this tune; it helps me get through my mundane day job without wanting to seriously vandalize anything, beat anyone, or otherwise end up in the pen for the night or longer. However, the song has created a Pavlov’s dog response in me. I can’t hear this song without thinking about the video. And to be honest? I really don’t want to think about the video.

The video depicts a chubby young girl in bed watching television. Pretty normal, except for the fact that everyone on the television screen are skeletons. That’s weird, right? It gets a little more weird when she gets out of bed, in a flashback sequence, to examine a photo of herself and her mother and it also portrays skeleton.

We realize that the little girl is so tired of being fat that she walks into the bathroom, grabs a razor blade, and begins to peel her skin away from her body, piece after piece, until she’s little more than a shell of muscle (in disturbing detail) as her life flashes before her eyes.

Alright, I’m going to spoilerize this shit for you because I can’t bear not to. At the end, we realize that the little girl isn’t fat at all. She just thinks she is. She has mutilated herself presumably beyond repair and is proooobably bleeding out all over her bathroom floor as her parents find her and are understandably horrified. This all happens as the repetitive beat of the song grows frantic and frenzied and even somewhat difficult to listen to if you have particularly sensitive ears. It’s a prime example of body horror in any medium and does a great job of being nausea-inducing without showing much at all.

It’s always the pretty ones that are crazy. The music in this video may not be as noisy or hard rock-driven as the rest of the selections on this list, but the music is a fine foil to the eventual brutalness of the video.

Actress Bijou Phillips (Hostel 2) plays the lead character. Whatever her boyfriend did to her must have been pretty bad, because she first poisons him, seduces him into dancing with her, and then the fun begins. After her dear is departed, Bijou spends a little time looking over his body in a strangely lovelorn way that will make your stomach clench and remind viewers of the age-old adage, “Don’t stick your dick in crazy.” She lays down a plastic tarp and makes her dead boyfriend caress her, which is tame considering the rest of the video.

Bijou starts to circle her lover’s body for an excruciatingly long time — while wielding an ax. Bijou is but a slip of a girl and it takes her more than one try to cut off her lover’s arms. Eventually she resorts to the trusty old handsaw to hack through all the gristle and flesh that she needs to get through to successfully separate the limbs. Surprisingly, this is all shown in excruciating detail. It’s not outlandishly gory, but the shots of Bijou trying to make her way through all that flesh is more than a little off-putting.

Oh, Aphex Twin, you cheeky bastard. Ladies and gentlemen, this man is not right. One viewing of this video will prove at least that much. The video combined with the music makes for an effect that could probably cause long-lasting intestinal distress.

An elderly woman is walking her dog in a gritty, industrial neighborhood. Nothing wrong with that, right? The dog pees on an old television. Still not that weird… until the TV suddenly turns on and a demonic face starts singing the lyrics, “I want your soul, I will eat your soul.” The disoriented old woman is frightened and trundles off down a dark alley, which would be my favored exit path too. She’s confronted by a gang of children that all have the face of Aphex Twin (yeah, it’s just one guy. His name is Richard James). I’m not going to say that Richard James is an unattractive man, but he’s definitely not the kind of man that should have his face superimposed onto a child’s. Ever. Period.

The children wreak havoc in the streets and chase a man into his car, and then proceed to vandalize whatever’s nearest. They eventually find the TV and the singing demon is freed. He screams into the old woman’s face. It gets even quirkier when he gathers the children to him. Come to daddy indeed. Where’s Chris Hansen when you need him? While not expressly gory or graphic, this is still a video that will leave you wondering what in the hell happened in Richard James’ formative years to make him him come up with things like this.