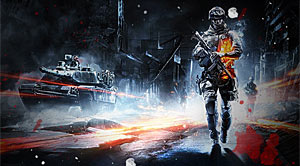 Here’s the top gaming news for the week of October 17, 2011, brought to you by Yell! Magazine

World of Warcraft: Mists of Pandaria

At BlizzCon, your source for everything Blizzard related, they announced that everyone who signs up for their new World of Warcraft “Annual Pass” will get a free Tyrael’s Charger mount, and a free digital copy of Diablo III. And it looks like you’ll need to resubscribe to WoW anyway because they also announced the new expansion pack. The long-rumored Mists of Pandaria expansion pack is now a reality.

The expansion will include the new Pandaren race, the new Monk class, and the level cap will be raised to 90. In a first for the series, both Alliance and Horde will be able to play as the Pandarens. They’re also adding a new pet battle system, and a new talent system, so get ready to re-spec your characters. There’s still no release date, but get ready for more WoW news here at Yell! Magazine.

Super Street Fighter IV: Arcade Edition is getting a free update. It’s nothing major, just some character rebalancing, and they’re adding “Ver.2012” to the title screen. The update will be live on December 13. Get ready to relearn how to play with Ken. Well, not really, his Dragon Punch will probably still annoy the hell out of people online.

In Capcom’s other fighting franchise, Ultimate Marvel vs. Capcom 3 besides new costumes, rebalancing, and characters, the game will also get a new mode right after launch. Heroes and Heralds Mode will mix a card battle system with the brawler. Because clearly, the one thing the game was missing was a collectable card game. In this mode, every fight you win gets you new cards, each card corresponds to different power-ups ranging from projectile invincibility to the ability to parry attacks. You mix and match your deck and fight against other. It actually sounds pretty neat. The cards will feature all your favorite Capcom characters from games like Power Stone or Breath of Fire. With 100 cards slated at launch, the possibilities are endless. Get ready to be taken for a ride, Ultimate Marvel vs. Capcom 3 will be out on November 15th.

The PlayStation Vita has a released date. The Vita will hit North American shores early next year on February 22nd. Perfect for that late Valentines day gift for that special gamer in your life. It will be $249 for the Wi-Fi model and $299 for the 3G version. So far the only launch titles mentioned are Touch My Katamari, Ridge Racer, and Shinobido 2: Revenge of Zen. Nothing must-have yet, and it’s a little pricey, especially if you consider the fact that you can get a PlayStation 3 for $299. With the 3DS not doing so well, and the iPad gaining market share, the new handheld might have a hard time getting out of the gate.

And the PlayStation branded hardware just keeps coming. On November 13, Sony is releasing the PlayStation 3D Display. Out of the box you get a 24-inch LCD 3-D TV, a pair of 3-D glasses, an HDMI cable, and a copy of MotorStorm Apocalypse. Also, if you’re one of the lucky few who preordered a display before September 30, you’re also entitled to a free copy of Resistance 3. The neat trick only this TV can do is something they’re calling “SimulView.” In games with two-player split-screen multiplayer, each player will get their own full HD screen while wearing the 3-D Glasses. All this for $499. For a 3-D TV, that’s a pretty low price. I wish it was a little bigger though. I’ve been wanting to get a 3-D display, and this might be it.

The Xbox 360 version of Battlefield 3 will come on two discs, one for the single player campaign, and the other for the online multiplayer. Something else on those discs is a hi-def texture pack that can be installed optionally, if you have the hard drive space to spare. But if I where you, I’d free up some space on that hard drive, because the alternative would be a standard def version of the game, and I don’t think anyone buying Battlefield 3 wants that. This shouldn’t be a problem for most gamers, but if you’re thinking of picking up Battlefield 3, and don’t have the space, you might want to reconsider your purchase. Battlefield 3 will be out soon on October 25th.

I like fighting games, even though I’m not great at them. One of my favorite fighting game franchises is Soul Caliber. With every iteration, they always add a special guest character from a different franchise, usually from a different genre as well. In the past they’ve included people like Link from The Legend of Zelda or Darth Vader. Well this time around in Soul Caliber V, we’ll be playing with everyone’s favorite Italian assassin, Ezio from the Assassins Creed series. Soul Caliber V should be out on January 31, 2012.

Be sure to check back next Friday for the latest gaming news at Yell! Magazine.

World of Warcraft - Mists of Pandaria