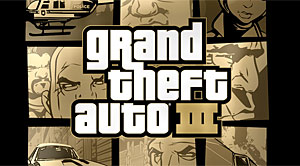 This Saturday marks the ten year anniversary of the release of Grand Theft Auto III. In October of 2001, this revolutionary open-world epic was released to the world – a game that set players loose as a small-time criminal at the bottom of the food chain in Liberty City, a sprawling metropolis where anything can happen – and probably will. We would like to extend our immense gratitude to all GTA fans worldwide for your amazing long-time support, from early on all the way to today. Thank you.

Please enjoy the Anniversary Video above Rockstar Games put together to help celebrate – and stay tuned for further info about the game’s Anniversary Edition release for mobile devices.