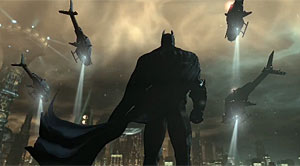 Yesterday TheMatt picked up a copy of the much anticipated sequel Batman: Arkham City for the PS3. Since we had a killer time playing the first one, and enjoyed beating the crap out of the Joker in Batman: Arkham Asylum. We hope to reexperience it all over again, but with new jam-packed villains like Bane, Mr. Freeze, and Hugo Strange just to name a few. Expect to see our full review online in just a few days, so check back daily at Yell! Magazine.