Cathedral Set To End It All With Their First Live Album 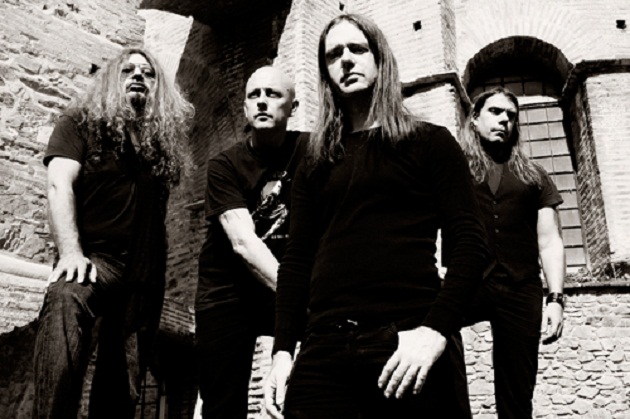 In addition to releasing their first official live album, Cathedral will also release their final studio album, The Last Spire. They’ve also scheduled one final live show before walking into the long goodnight.

“The best doom metal band of the past two decades,” Albert Mudrian of Decibel Magazine/Choosing Death

In conjunction with Rise Above Records, Metal Blade will release the double-disc live album Anniversary from UK mainstays and international cult act Cathedral. Set for release on Monday, November 21st, in North America, Anniversary captures Cathedral in all their raw and live glory and marks the first official live album to be ever released by the doom metal legends. Recorded live in London,

2010, Disc 1 features Forest of Equilibrium in its entirety, delivered impeccably by the original lineup of Lee Dorrian on vocals, Garry Jennings and Adam Lehan on guitar, Mark Griffiths on bass and Mike Smail on drums. Disc 2 is a greatest hits set courtesy of the long-lasting lineup featuring Leo Smee (bass) and Brian Dixon (drums) alongside Dorrian and Jennings.

“The release of Anniversary is both exciting and sad for us. Exciting, as it is the first ever official Cathedral live album, recorded at our 20th-anniversary show on December 3rd, in London last year, where we reunited with our original lineup and performed the entirety of or debut album Forest of Equilibrium for the first (and last) time ever. Sad, because December the 3rd this year will be the night we perform our last show ever, before calling it a day as a live band. So, more than anything, we would like to dedicate Anniversary to everyone who has followed and supported Cathedral over the years. Your support really means and has meant the world to us — thanks and stay heavy!

…and so it ends as it began, with the grim but compelling sound of mankind’s most artful and potent response against the dying of the light: the almighty riff… sacred, remorseless, oppressive, and sublime… it towers above us like a shadow cast by the collected follies of humanity itself, giving us succour and protecting us from the lure of the grave…

Whether you regard them as the saviours of doom metal, the rightful heirs to the Sabbathian throne, the masters of the arcane, profane, and avowedly eccentric or merely one of the finest British heavy metal bands of all time, Cathedral have made an indelible and undeniable mark on the heavy music scene over their two decades of sonorous, lethargic service. Led by vocalist Lee Dorrian and his perennial riff-deliverer Gaz Jennings, the band emerged at the dawn of the ‘90s amid the clattering clangour of an extreme metal scene that had simply forgotten how to slow down and synchronize with the miserly grind of tectonic plates and the ticking of time. Righteously inspired by Black Sabbath, Pentagram, Trouble, Candlemass, Saint Vitus, and many other purveyors of superlative snail’s pace riff worship, Cathedral made it their principal aim to resurrect the very concept of doom within the metal scene, both in terms of the musical subgenre that bore that name but also with regard to the haunting emotional might that had steadily been drained from the heart of heavy.

After grabbing the attention of many like-minded souls with their early demo recordings, Dorrian and the original lineup of the band released their debut album, the astonishing Forest Of Equilibrium, in December 1991, single-handedly reversing metal’s runaway momentum and dragging it back to its fundamentally slow, soulful and crushing essence. From that moment on, Cathedral became revered guardians of true doom and embarked on a steadily mutating path towards total riff nirvana. Upping the pace for 1993’s The Ethereal Mirror, they embraced evolution with alacrity. By the time 1995’s The Carnival Bizarre arrived, Dorrian and Jennings had been joined by bassist Leo Smee and drummer Brian Dixon, thus cementing a formation and focus that would serve the band well over the next 15 years. The series of albums that followed veered from the kaleidoscopic psychomania of Caravan Beyond Redemption (1998) through to the blistered, necrotizing funeral grind of Endtyme (2001) and on to the wild progressive hues of 2010’s The Guessing Game, covering all points in between.

Cathedral’s live shows were always celebratory affairs, as the band traversed the globe spreading the bleak gospel and sharing grandiose riffs with generations of lost souls. By the year 2010, it became clear that Cathedral mission had been effectively accomplished, and Dorrian began the countdown to oblivion. The band played a 20th-anniversary show at London’s O2 Islington Academy on December 3rd, reconvening that legendary original lineup to perform Forest Of Equilibrium for the very first time in its devastating entirety, followed by a bold stride through the rest of that glorious catalogue courtesy of that equally classic but more enduring latter-day configuration. Fans and friends travelled from all around this wicked world to witness the event, and despite the fact that many British disciples were unable to get to London due to harsh weather conditions and a dismal public transport system, “Cathedral acquitted themselves with humble grace and splendor. Urged on by the news that Cathedral will completely retire from the mortal metal realm after one more show this coming December, the entire 20th-anniversary gig is now to be unleashed as Anniversary, a double-disc extravaganza of crippling, ultra-doom that is as raw and uncompromising as these desolate days demand. Next year will see the release of The Last Spire, the final chapter in the Cathedral story, but for now Anniversary is doom’s last word. And so it ends…