Short: Put Your Votes In For “T Is For Turbo” (VIDEO) – The ABCs Of Death 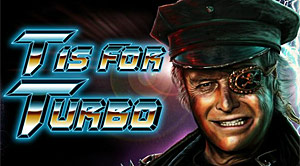 If you got five minutes to spare today, just trust me here a little, try using that short-lived time of your life to watch T is for Turbo. It’s a short film created by the horrorhound team at RKSS (also known for DEMONITRON: The 6th Dimension faux trailer) and fiends for The ABCs of Death (26 DIRECTORS | 26 WAYS TO DIE) filmmakers competition. The grand prize is USD $5,000, and for someone to be the 26th director for The ABCs of Death feature film. That sounds f’ing brilliant to me.

As you will be able to tell, the creators have worked very passionately on the concept (as simple as it is) and on the production, which is far superior than some of the other entries. So give these guys a hand and submit your vote for T is for Turbo before October 31, 2011 by following the link below.

Vote for T is for Turbo here

T Is For Turbo Cast:

About The ABCs of Death:

Established filmmakers and emerging new stars will make up the diverse roster of creative talent that will showcase these tales of termination, beginning alphabetically with the letter A and eradicating all life right through to the letter Z.

Each director is assigned a letter and every letter represents a word that acts as a springboard to tell a short story about death. A linking device will open, connect and close.

This unique anthology will be a celebration of death in all its forms, from the shocking and exotic to the humorously droll. It’s up to each director to interpret the letter they are assigned as creatively and outrageously as they see fit.

THE ABCS OF DEATH - T IS FOR TURBO