I was never big on MMA movies.

Being raised on kung-fu flicks, I gained a certain love for any beautifully scripted action scene. Completely devoid of any sort of plot, these movies would put all their eggs in one basket — one of wowing the audience with the finest forms of poetry in motion. With perfect timing and fluid movement, genre kings Jackie Chan, Bruce Lee, Donnie Yen, Tony Jaa, and Jet Li would manage to hold together a film solely by kicking some ass in the most aesthetically pleasing way possible.

Then, our notions of “what martial arts were” had changed, and along came a literal swarm of MMA films to take their place. They’d shove plotlines into the backseat while the clichés and fight scenes would drive things along — yet they were always held down by one tiny thing: Unless carefully shot and choreographed, fictionalized MMA looks awkwardly unrealistic at best, and terribly clumsy at worst. As most in the business know, real fighters don’t make the best movie fighters, and vice versa. What you end up with is a complete lack of both style and substance. Just watch Death Warrior and try to prove me wrong. Chances are you won’t find the time. You’ll be too busy having your eye sockets raped.

But then, Warrior stepped into the fray, and with a swift roundhouse kick, broke the legs of any preconceived notions I had once held. It proceeded to deliver a groundin’ ‘n’ poundin’ until I eagerly admitted defeat. I stood up and wiped a tear from an eye that was hanging loosely from its socket, because Warrior is without a doubt one of the best movies out this season. 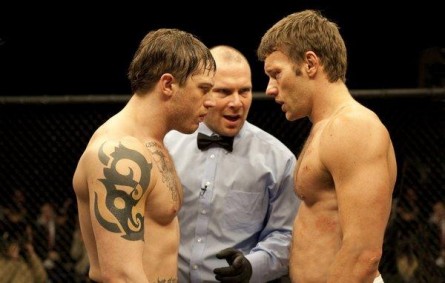 Tommy Conlon (Tom Hardy) is an ex-marine jacked up on crazy pills and looking for a fight. With the “SuperBowl of Mixed Martial Arts,” tournament Sparta, well on its way he decides that it might be fun to try to grab the $5 million prize. He turns to his father, Paddy Conlon (Nick Nolte) for some of that good old-fashioned Rocky-style training that you just don’t get anymore. Paddy complies, after seeing Tommy for the first time in 14 years, and breaks bread in a desperate attempt to gain a connection with both of his sons again. He uses this as an excuse to improve ties with his eldest son, Brendan Conlon (Joel Edgerton) — who unfortunately has bigger things on his mind than forgiveness. His job as a high school physics teacher isn’t paying the bills like it should, and in the search for financial security, he enters the limelight once again as a professional fighter.

Though not to the detriment of the film, the usual fight-film cliches are employed without reserve — one antagonist is a replication of every high school bully with an empty head and a gym membership, while the other is the typical Big Russian that pervades every “final boss” battle in these types of movies. The reason something like this bears mentioning at all is that, though trite, it can still be effective in these circumstances, if only because the film manages to carry itself so well.

Besides, Russians are terrifying. 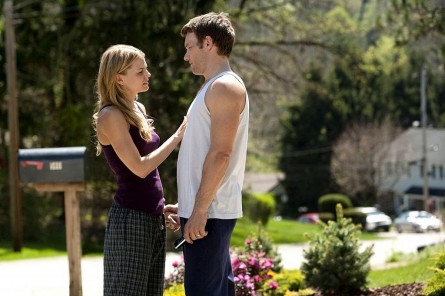 As per usual, shots at martial-arts stardom are blocked by petty, feminine emotions.

As you can guess, the duality of the characters is what keeps your attention going. Tom Hardy is built like a tank turret sporting a bad case of roid rage, while his brother is a family man/high school teacher who spends most of his matches taking a beating. One is a man of action, and the other a man of science. While Tom ends his matches quickly in a brutal rain of aggression, Brendan ops for getting his ass kicked for the first two rounds. Cynics could conjecture that that’s just how dramatic moviemaking works — everybody likes a good comeback, but it could be interesting to assume that it’s his knowledge of physics that allows him to gain the upper hand. Maybe he works out theories and crunches numbers in the first two rounds, and then puts them into practice come round three. Either way, the two brothers are completely polarized in their styles of fighting, and it makes each match more refreshing than the last.

In fact, it’s the powerful tension prior to the film’s climax that’s earned it such a high rank in this season’s offerings. Both brothers have something at stake as they square off in the finals, and the fight represents more than just a simple brawl for a cash prize. It’s the ultimate battle for forgiveness, and it’s dealt in a way that’ll twist your brain into knots. Two brothers in an end-all family feud, with one trying to gain the sympathy of the other, while he’s pummeling away at him with his fists. 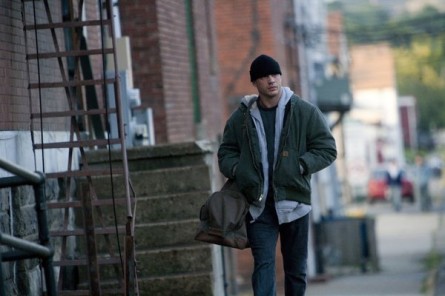 A man on a mission — to destroy everything.

And so, in that sense, you’re never really sure how things will turn out. Will Brendan succumb to his lower thought processes and dent his brother’s face in? Will Tommy give us a fine deconstruction of the hero’s journey narrative and suplex his big bro into the ground? Maybe they’ll both wink to the audience and simultaneously punch themselves in the face — double knockout and split purse. It goes against journalist ethics to spoil the ending for you, but I will say that when the decisive technique is executed and the match comes to an end, you’ll be propelled  out of your seat, straight through the roof and into a wonderful world of exaltation.

Leaving the theater, you’ll feel the need to tie up loose ends with your estranged family, and then punch someone you don’t know right in the throat. It’s a movie that appeals to our better nature, but also our fascinations with violence; the kind of killer drama hidden beneath the guise of “whatever’s popular these days.” If you like blood, sweat, and catharsis, then Warrior will never fail to please. 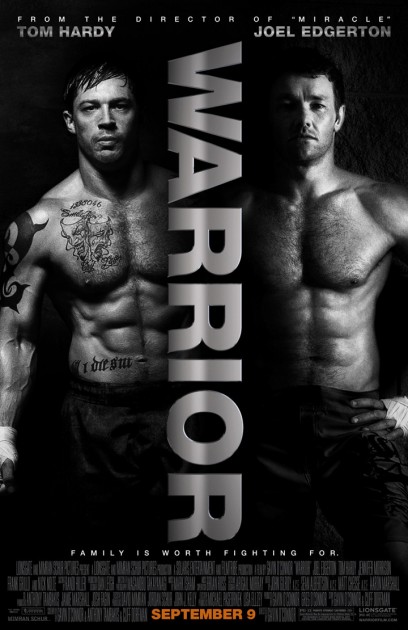