Hell Freezes Over – Diablo III To Ship In Early 2012 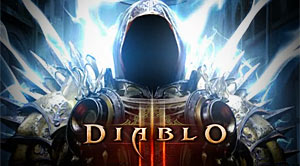 Despite a sterling record of always hitting its release targets, Blizzard Entertainment, Inc. today announced that the expected launch window for Diablo III, the next title in the company’s critically acclaimed series of action role-playing games, will be moving into early 2012.

“With every game we make, the temptation is always very strong to launch as soon as possible. However, we didn’t put so many years of work into Diablo III to release a game that was almost ready,” said Mike Morhaime, CEO and cofounder of Blizzard Entertainment. “The beta test is going very well, and we look forward to making the most of the extra time we’re taking to deliver an experience that lives up to our vision for the game and the expectations of our players. Next year is going to be an incredibly busy one for Blizzard, and we hope an incredibly fun one for Blizzard gamers.”

Blizzard will use the additional time to extend the Diablo III closed beta test, which began September 20, potentially adding more testers than initially projected. Players who have an active Battle.net; account with any Blizzard game attached to it should visit Battle.net account management to opt in for a chance to participate in the beta test. Additional testing phases, as well as further details regarding the launch plans for the game, will be announced on the company’s Diablo III community website.