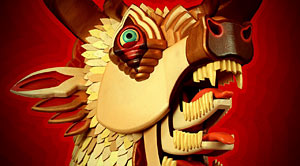 Watch the new clip of the track “Spectrelight” from Mastodon’s upcoming album The Hunter, featuring Scott Kelly from Neurosis. Directed by Aaron Hymes. Pre-order it now at the official site. You can also listen to the Mastodon playlist on Spotify.

The Hunter is the upcoming fifth studio album by the American heavy metal band Mastodon. It will be released through Reprise Records on September 26, 2011 in the UK, and one day later in the US. The Hunter will be their first release with producer Mike Elizondo.