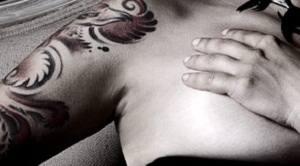 Holy shit! We have some interesting girls this week on Suicide Monday. First up, we have the sexy Portuguese babe Vodevil. Her sexy comes in many forms, from being into tattoos and Harley Davidsons to heavy metal music and horror movies to being such a passionate gamer that she actually listed a designer as a favorite game… oh, did I forget to mention that Vodevil is hot enough to sell real estate in hell?

Then we have Oro from Canada. Christ there so many dirty things I want to say about confusing her name with Oreo cookies… eating, snack, cream filling… Anyway, Oro is also into motorcycles and heavy metal, her movie interests tend toward the indie-type with big stars, and her gaming interests don’t seem to go beyond Pac-Man, but she likes a good fight (we’re not sure if that’s a lover’s spat or an MMA-type of fight), beer, and hockey.

Not into: Monotony, boring people, people telling me what to do!, Mondays [Good thing there’s such a thing as Suicide Mondays]

Thoughts on SG: I love it