STRIKEFORCE: Is Fedor About To Tarnish His Legacy? 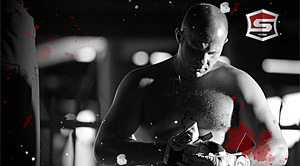 I also mentioned that the greatest fighters are not cemented to that category if they are still active as a losing streak in their careers could drop them down a notch into the less stupendous but still elite category of great fighters. With Fedor’s loss at STRIKEFORCE’s event at the Sears Center on July 30th, 2011 to Henderson, his third loss in a row, it seems the polish is off the brass. Fedor is plummeting back down to earth and is in jeopardy of tarnishing what was once the greatest career in the history of the sport.

Fedor is now at a crossroads. He must decide whether his desire for fighting outweighs the legacy he has set over the last decade. Will his place in history overcome his desire to continue to put fists to heads? Many fighters continue past their prime, and although Fedor is only 34 years of age at the time of the writing of this article, he could now have entered this stage of his career. He has mentioned in the recent past that injuries have been a concern, and are an influence when he was considering retirement after the Antonio Silva loss.

STRIKEFORCE released Fedor after the Henderson loss so it seems he will need to go to a promotion of lesser reputation if he decides to continue his career. This means that the Russian will be back at square one having to fight through the lesser ranks before regaining his reputation and get the chance to fight for the UFC or STRIKEFORCE in the future.

The three losses by Fedor puts him at the cusp of the fall from being one of the greatest of all time. Another loss to a quality opponent will drop him into the great category along side Henderson, BJ Penn, Randy Couture and others. It’s great company to be in, just not the greatest.