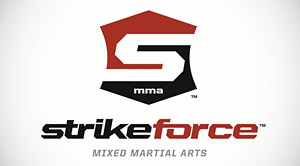 STRIKEFORCE, an MMA promotion that was once hot on the heels of the UFC, looks like it’s getting ready to close up shop, just a few short months after Zuffa, LLC purchased the promotion. With the recent events surrounding STRIKEFORCE, it’s only a matter of time before they completely close their doors.

Another indicator pointing towards the absolution of STRIKEFORCE was the firing of every fighter under the Golden Glory banner. This includes current STRIKEFORCE Heavyweight champion Alistair Overeem, brother Valentijn Overeem, former women’s Bantamweight champion Marloes Coenen & Jon Olav Einemo. According to Dana White, the mass firing was because of the way Goldon Glory ran their business, and in turn, their fighters.

The latest indication for STRIKEFORCE is the recent news that their poster boy and main prized possession Fedor Emelianenko would be cut from STRIKEFORCE following 3 straight losses.

To add insult to injury (at least for the STRIKEFORCE fan in all of us) is that the man that put Emelianenko in the unemployment line, Dan Henderson, just fought the last fight on his STRIKEFORCE contract and rumors are that he is in contract talks to re-enter the UFC.

Nothing is quite official yet, but it does look like the odds are clearly stacked against STRIKEFORCE. What do you think, is STRIKEFORCE going to join Pride and WEC in MMA heaven? Let us know in the comments section below.