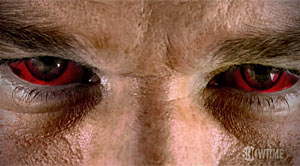 There are still a few months before Dexter returns to the small screen, but a brief yet promising teaser has been released for the public.

Executive producer and new showrunner Scott Buck has promised that Dexter is returning to some of his more basic instincts and will be more like the lovable psychopath that we grew to know and adore in the first season.

Is anyone else looking forward to the return of Dexter? He’ll return to Showtime this fall, hopefully full of killer instinct.