Rise Of The Apes (2011): Thanksgiving Will Bring Us A New Ape Film And More Freida Pinto 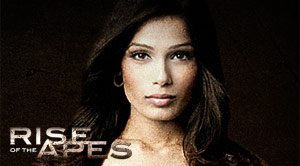 We haven’t seen any of Pierre Boulle’s prodigy since Tim Burton took a shot at a remake of Planet of the Apes back in 2001, which met with mediocre success and perhaps the studios waited a decade to release another one because of its poor performance. This time around, we will not have actors in ape suits, but rather voices for CGI rendered characters (done by Weta Digital, the company that did the effects for Peter Jackson’s Lord of the Rings and King Kong, and James Cameron’s Avatar).

The story follows an ape named Caesar (Andy Serkis) who gains intelligence and human-like self-awareness after genetic experiments to cure Alzheimer’s changes his genetic makeup. Apes evolve and war breaks out between the apes and humans for domination of the planet.

Whether this film meets with better success than Tim Burton’s or not doesn’t really matter to us at Yell! Magazine, we’ll go watch it anyway to see Freida Pinto; if you remember Slumdog Millionaire, she played Latika. Pinto is a former model turned actress who lights up the screen with her presence. Watching Woody Allen’s You Will Meet A Tall Dark Stranger, a film we would usually avoid, was worth it just to drool along with Josh Brolin. 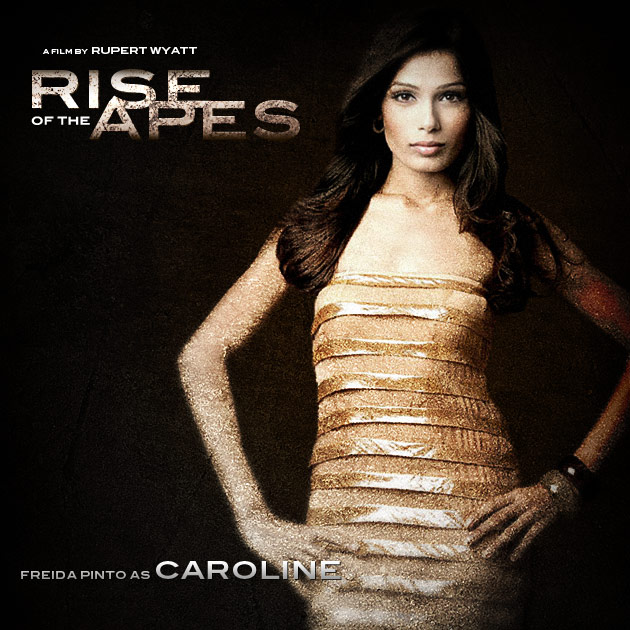