Being Human (Canadian TV Series): Is It Melodrama Or Feral? 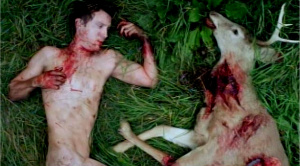 It takes Godzilla-size balls to make a television series that’s based on one that already exists in Britain (The Office, Whose Line Is It Anyway), especially when that series features vampires and werewolves in our era of endless remakes and over saturation of said monsters (True Blood, Twilight, Vampire Diaries, etc.).

Being Human had its series debut on Syfy and Canada’s Space networks on January 17th. I was a bit tentative and sceptical going in, but I wanted more when the episode “There Goes the Neighborhood: Part I” concluded. If you missed it and aren’t down for watching things on the Internet, Syfy is airing it again tonight, January 19th, at 10 p.m.

Starring Sam Huntington (Detroit Rock City, Superman Returns, Fanboys) as the werewolf Josh, Sam Witwer (Smallville, Battlestar Galactica) as the vampire Aidan, and Meaghan Rath as the ghost Sally, Being Human does, in fact, take a human angle with its surprisingly adept character development. The premise of the show has Josh, a fairly new werewolf, and Aidan, a 300-year-old vampire, working as nurses in the same hospital and both wanting to live “normal” lives. They come to the conclusion that the best way to keep each other in check is to move in together. When they purchase a home from a young man whose fiancee recently died in the house they meet Sally, the ghost of the young man’s fiancee. She’s six-months dead and hasn’t figured out how to move on yet and is, thus, stuck in the house.

Despite wanting to be normal, Josh and Aidan have the occasional slip and kill a human. In Aidan’s case, he once belonged to a coven, headed by Mark Pellegrino (Lost) as Bishop. After centuries of viciously feeding and revelling in the blood, Aidan is finding it hard to resist the blood lust–much like a drug addict trying to get the monkey of his back. Josh, well, he basically disappeared from his family once he became a werewolf and a chance encounter with his sister, Emily (Alison Louder), reveals that she’s a lesbian and her desire to know what’s going on with Josh leads her to a potentially fatal situation.

With a vampire and a werewolf wanting to be normal and working as nurses, Being Human could wind up being a bit melodramatic, a la Grey’s Anatomy; throw in a ghost and it runs the risk of becoming mushy girl-genre drama, a la Ghost Whisperer. However, the characters here are living with demons and skeletons in the closet just like the rest of us, and with the promise for more blood, a werewolf transformation in each episode (the first one we saw in the debut drew inspiration from An American Werewolf in London), and more wry humor, Being Human could end up being the sleeper hit of the season.

So far I’m a fan and I’ll keep you posted on anything new and exciting that goes on with the series. 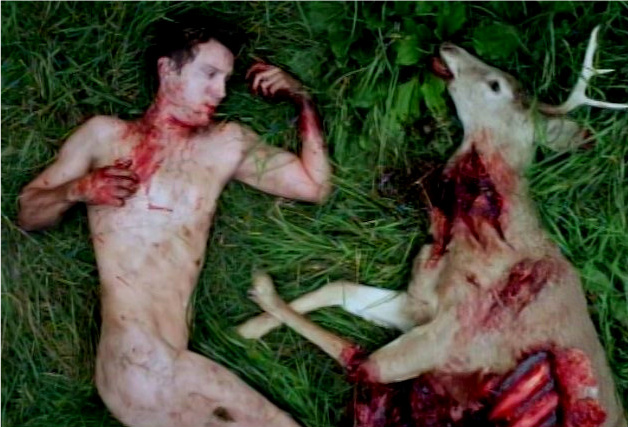