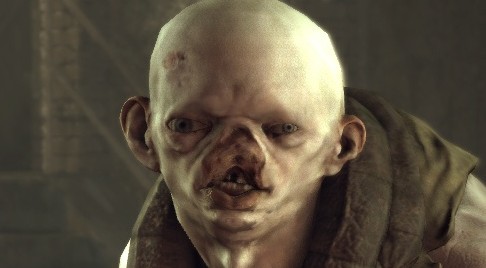 Rage was just listed as being one of the top 10 most promising games to buy for the PC and PS3 in the new year. I’m keeping the source anonymous because the lists were extremely annoying to browse through as a result of a poorly executed navigation structure and many broken pages. As their main video host would say, “Oopsy Daisy!” I’m sorry, but a site that is considered the number one source for gaming should at least have a simple interface done correctly.

Some worthy mentions that we agree with that made their lists are: Portal 2, Mass Effect 3, Batman: Arkham City, and The Elder Scrolls V: Skyrim. Although, the titles considered for the Xbox 360, PS3, and PC were slightly repetitive, they were ranked accordingly by console. On the obvious side, the overall ranking of the titles were also somewhat biased and they tried to make up for it with the pretty little intros. Whatever nonsense they want to throw at us, in the end the gamers decide what are best and most promising.

Anyhow, Rage is the newest of the series completely developed in-house by id Software since Doom 3. You heard that right, Quake 4 was developed by Raven Software and Enemy Territory: Quake Wars was done by Splash Damage, both using the id Tech 4 engine. So, not only will the original creators of the FPS be fully hands-on, but we will also finally experience an entirely new engine called, you guessed it, id Tech 5.

Rage looks very promising in that we will embark stunning new graphics, intelligent AI, dune-buggy racing, role-playing elements, and hopefully a great story. The only issue we have is that it might just be too similar to Borderlands, another FPS/RPG game we recently had a blast playing. If it turns out great… who cares, right?

In the meantime, enjoy this HD trailer for Rage and tell us what you know or think of it so far.