Power metal veterans Helloween return with aggressive vengeance on their 13th studio album (eighth with Andi Deris on vocals) 7 Sinners. It won’t be an album that appeals to everyone, but if you like high-reaching vocals, double bass, experimental sounds (there’s a flute solo on “Raise the Noise”), and dueling guitars, then Helloween’s 7 Sinners is a must-have.

After 26 years in the business, and enough internal drama to rival Def Leppard, you’d think Helloween would have toed the line with a formula or even softened a bit. While they may be a bit formulaic, there’s still plenty of experimentation on the album and Helloween has somehow managed to blend classic power/speed metal with modern riffs and structures all while hanging on to as much relevance as they’ve ever had.

With 13 solid tracks on 7 Sinners there’s plenty of heaviness and bone-crushing metal to sink your teeth into, and it all gets underway with “Where the Sinners Go.” This track might display Helloween’s growth and acceptance of the modern era more than any other as it opens with drums that sound a lot like Disturbed’s “Down With The Sickness” and when Andi wails “Oh, my God…” to bring in the chorus you almost forget who you’re listening to. It’s a powerful track and an appropriate intro to the album, but in no way does it prepare you for the intensity contained in a number of the following songs.

Helloween – Are You Metal?

“Are You Metal?” is a kick in the teeth and rivals anything that other veterans are putting out. There’s some awesome synth work on the track along with a plenty of crunch guitars, a decent solo, and drummer Dani Loble is definitely earning his paycheck here, as he also does on “Who is Mr. Madman?,” “Long Live the King,” “If a Mountain Could Talk,” “My Sacrifice,” “I’m Free.” But what really speaks to Loble’s talent is the fact that Helloween didn’t use a click track while recording 7 Sinners.

“I’m Free” might be the track that most closely resembles classic Helloween; it’s full of melody, incredible phrasing, upper-register vocals, double bass, and a blistering guitar solos toward the end. But before getting to that last track, 7 Sinners risks falling back into familiar territory on tracks three, four, and five: “Who is Mr. Madman,” “Raise the Noise” (except for the flute solo), and “World of Fantasy,” respectively. “Long Live the King,” however, sounds like a mix of Painkiller-era Priest mixed with some Iron Maiden and some Dimebag Darrell-inspired licks.

The pace takes a dramatic turn with “The Smile of the Sun,” which offers the listener a chance to breathe and almost feels like a ballad. Once again, the vocal phrasing on this track is amazing and the music builds to a climax about three-quarters of the way through before being broken by a nice piano interlude. Don’t get comfortable with this pace, though, as the next track, “You Stupid Mankind” is another aural assault accented by timpani percussion and choral backing vocals.

What has definitely remained the same with Helloween on 7 Sinners is the lyrics and song titles that sound a little off for native English speakers. Also, it’s worth mentioning that each track on 7 Sinners was independently written by the members of Helloween, which is the first time they’ve done this since The Dark Ride.

Verdict: It’s worth a listen and picking out the songs you want to download. 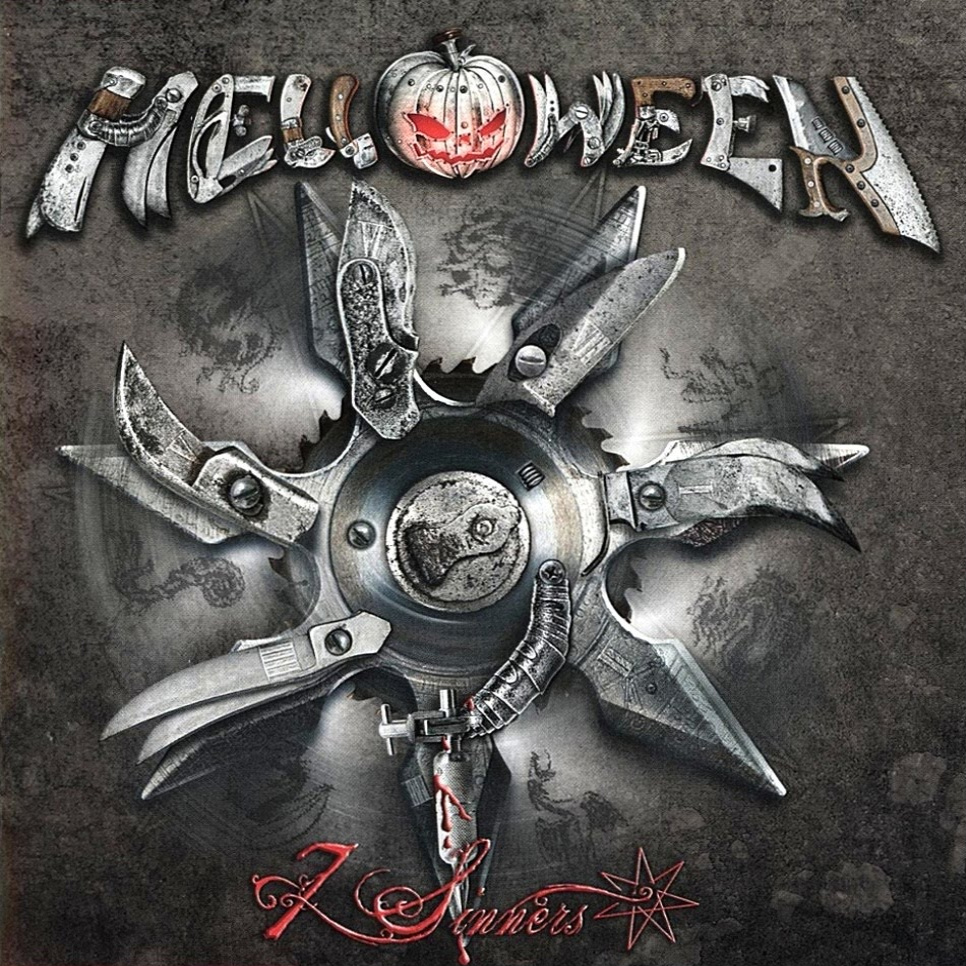