The Five Must-Watch Shows on TV 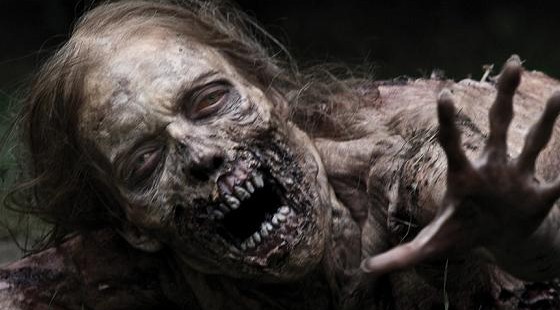 Zombie from The Walking Dead

Specialty cable channels such as HBO, Showtime and AMC have revolutionized television watching. With the restrictions that limit the granddaddy networks (ABC,CBS, NBC) not applied, HBO and the others have let their imaginations and libidos lead the way in their production of new programming. Gone are the days that you can notice the difference in quality and content between what you watch on television and what you see in the theater (the huge budget sci-fi blockbusters excluded).

With this incentive, Yell! Magazine has been in front of the television as much as it has the theater screen for the last decade. We have enjoyed The Sopranos and even watched Sex and the City occasionally if only to see Lassie herself bare all (if you’re a fan of Porky’s you will understand the reference).

But that is the past. With so many great shows running presently, Yell! Magazine has decided to give the reader our choices on what is best in television watching.

The culture shock was its first attraction. Seeing advertising men circa 1960s New York with their chauvinism and office chain smoking was cool to watch. But what has sustained this peek into the past is the intelligently crisp writing and superb acting abilities of its main cast. Let’s hope it continues into Season 5.

Season 3 has finished in typical cliffhanger fashion. Look forward to more blood, sex, and violence, and a conflict resolution between Bill and Sookie. With vampires, shape-shifters, werewolves, and fairies, what will Season 4 have in store for us relating to supernatural beings? Well look forward to witches being thrown into the fray and maybe even David Bowie as Sookie’s great-grandfather.

Season 3 of the Sons is as gripping as the previous two. They kill, maim, gun-run, bribe, rob, and steal, yet we love them anyway. Will Jackson take over totally and implement a golden age for the club hinted at in his dead father’s writings? We’ll see, but if not, the ride will be as loud and enjoyable as a Harley anyway.

Now in its fifth season, Dexter doesn’t seem to be slowing down at all. The concept of a serial killer preying on murderers, child molesters, and rapists was awesome if not totally original (think Jigsaw with different inclinations). Now married with children, Dexter is tightrope walking and we viewers are waiting for the fall.

No.1 The Walking Dead (AMC)

This show is just getting a footing with audiences, but we loved it when the first episode aired on Halloween. Blood and guts are what we like here at Yell! Magazine, and this Frank Darabont developed, Robert Kirkman-inspired zombie show has plenty. Let’s hope the buzz surrounding it continues and it grabs a big share of viewers.

Zombie from The Walking Dead