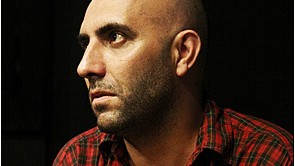 Photo by My Guernica

Gaspar Noé was born December 27, 1963 in Buenos Aires. The son of the famous Argentine painter Luis Felipe Noé, Gaspar moved to New York, at the age of two, when his father was awarded a Guggenheim fellowship. He then travelled back to Argentina with his father at age seven. By the time he turned fourteen, Gaspar found himself with his father in Paris. His interest in film studies began to take form when he attended École Nationale Supérieur Louis Lumière. Leaning both cinema and photography, Gaspar made his first short in 1991. Carne introduced fans to the Butcher (Philippe Nahon) who would later star in Gaspar’s first feature length film Seul Contre Tous. Carne tells the story of a Parisian butcher who takes revenge on those who he perceived to have raped his daughter. Seul Contre Tous continues the story after the butcher is released from prison. In 2002, Gaspar screened a film at Cannes (Irréversible) that caused quite a stir. Having critics leaving the theatre due to nausia or disgust, Gaspar became the talk of the town and his notoriety spread around the world. Since Irréversible, Gaspar has been mostly quiet as fans await for his next movie Enter The Void.

We suggest people avoid Gaspar Noé as his films are too much for most.

An Audience of Zero: A Critical Study of Gaspar Noé

There are a certain population of artists in the world who, whether they know it or not, create a work, or body of work, that is meant to bring out a deep-seeded and perhaps even subconscious disdain or hatred of the human condition. These artists, many times, are called boundary pushers or provocateurs, but in reality they offer up pieces of culture that disgust or revolt their audiences…with a purpose.

Some men love life, enjoy the company of their fellow human beings and believe the world is a good place to live. Their spirits are high and if they become artists, they reflect this in their work. Others have a more reality based ideology thinking that the human race has its brighter and darker side and they are comfortable working in either realm.

But there is a third type who believes that the world is a sick and evil place. To them, we all wear masks to hide this from the world. We smile and laugh but on the inside we are animals looking for the opportunity to achieve our darkest desires. This type of artist sees the world as a farce and the human race as hypocrites. They search for honesty and never find it. They look into the human soul and they see only black.

These artists can’t escape from inclusion into their own world view so they have doubts on whether they are correct in the assumptions they make. They know they are not as evil as the world they see on the other side of their eyes and decide their hatred for their fellow man might be unjustified. They suffer from the same doubts as any other person and react by deciding to use art as experimentation. They behave similar to a research scientist when investigating a theory in order to make a proof; and their audiences are their laboratory rats.