As you’ll hear, “Bloodlust” is reminiscent of ‘80s new wave combined with hard rock and the macabre. It’s catchy number.

Sunset Society is a film based on the iconic Sunset Strip about a pack of vampire rockers lead by Kilmister’s character. Jyrki 69’s portion of the music video for “Bloodlust” was filmed in Los Angeles at the historic Millennium Biltmore Hotel. The music video was directed by Vicente and Fernando Cordero of Industralism Films.

Speaking about the video with RollingStone.com, Jyrki 69 said:

‘Bloodlust’ is The Lost Boys movie taken into modern day to the Sunset Strip. Aren’t we all so glad to see that Lemmy’s doing all right? He lives forever! 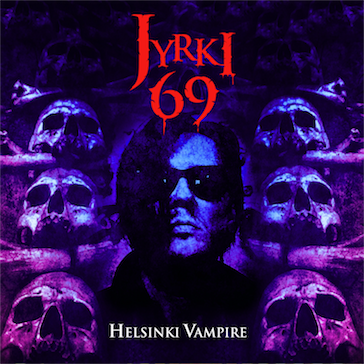