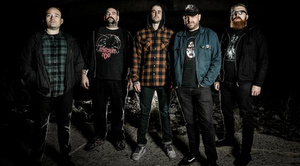 California’s bringers of doom, Seven Sisters of Sleep, have released the video for the lead single from their upcoming label debut, Ezekiel’s Hags. The track and video, “War Master,” are both amazing, even if I have no idea what I just watched. I do know that it’s sinister looking with all the occultist imagery… and I think I saw Christopher Lee make an appearance. If there are any similarities, there’s no telling who anyone is since the video for the heavy-as-hell sludge metal cacophony is comprised of found footage.

Enjoy the hellish video in the player above.

Ezekiel’s Hags will see worldwide release through Relapse on CD, 2xLP, and digital on February 5, 2016. Digital pre-orders are available via the band’s Bandcamp page and physical pre-orders, including limited merch bundles, can be purchased via Relapse Mailorder here.