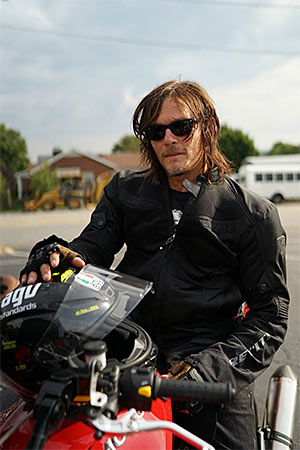 Norman Reedus is widely known around the world as Daryl Nixon on The Walking Dead and he has put many motorcycle miles on the zombie landscape. But next year he will also be hitting the road on his motorcycle in a new non-fiction series titled Ride with Norman Reedus, which follows the actor on real life road trips in different cities around the U.S.

I’m incredibly excited and thankful to AMC for giving me the opportunity to share a passion of mine with our fans, and hopefully a whole new audience. I had a lot of fun filming and exploring, and I hope it shows.

The six one-hour episode series will follow actor and biker-enthusiast Reedus as he takes viewers on a ride on the open road to explore local motorcycle culture and its history and celebrate some of the best and brightest collectors, mechanics and motorcycle craftsmen around the country.

Ride with Norman Reedus is expected to air some time in 2016 on AMC.