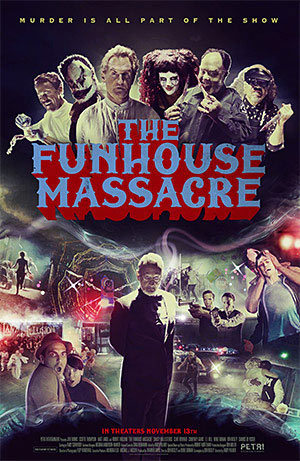 On Halloween night, a group of the most notorious and colourful serial killers in the U.S. escape an asylum and wreak havoc at a giant carnival attraction in The Funhouse Massacre. Ahead of it’s theatrical release on November 13th, Daily Dead magazine got their bloody hands on the film’s official poster, which features horror icon Robert Englund (A Nightmare on Elm Street) and a few evil bandits.