Black Breath Deliver The Goods On “Slaves Beyond Death” 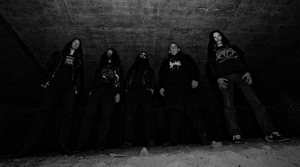 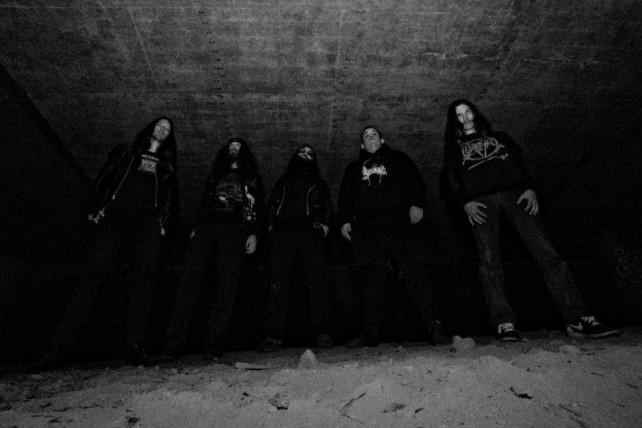 The title track to the mighty third LP by Seattle’s Black Breath, “Slaves Beyond Death,” has just been issued as the first single from the highly anticipated album through an exclusive premiere at Noisey as the album nears release through Southern Lord late in September. The track is crushing, with a slow and deliberate hammer-over-the-head first half and an intensified and blistering second half. Definitely worth checking out if you like black/death metal with slow, crunchy grooves. Pockets are deep on this one.

Arriving three years after the band’s 2012-released Sentenced to Life, a revered album of morbid metal anthems laced with a deadly allure that few could resist, it’s safe to say that Slaves Beyond Death represents a harder, bleaker Black Breath than ever before. With every track on the record surpassing the five-minute mark, and several of them close to eight minutes in length, the record showcases all five members delivering their most punishing tactics to date, and the second of its eight odes of tribulation, the title track “Slaves Beyond Death,” is a prime, grueling example of its merciless nature.

Also responsible for the release of the band’s prior albums, Southern Lord is once again the label behind the impending release of Slaves Beyond Death, which will be issued worldwide on CD and digital formats on September 25th, with the vinyl version coming late October. Pre-orders will be released in the coming days.

Black Breath will return to the road in support of the new LP, beginning with a Southern Lord West Coast tour package that also including Goatsnake, Battalion of Saints, and Obliterations in September, which includes a hometown Seattle record release show for Slaves Beyond Death on September 26th. Stand by for a deluge of additional upcoming tour dates from the band through the remainder of the year and into next.