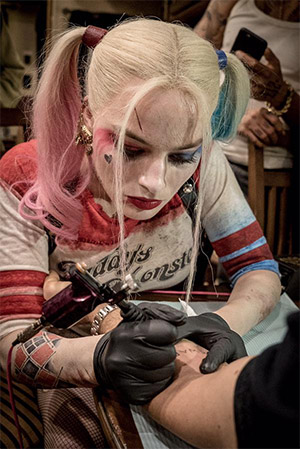 Margot Robbie will be playing Harley Quinn (pictured above), and it appears like she enjoys doing tattoos. In the image, she is inking a “SKWAD” tattoo on someone’s arm in Harley’s Tattoo Parlour. Perhaps, a new member of the team?

We’ll find out who when Suicide Squad hits theaters on August 5, 2016.