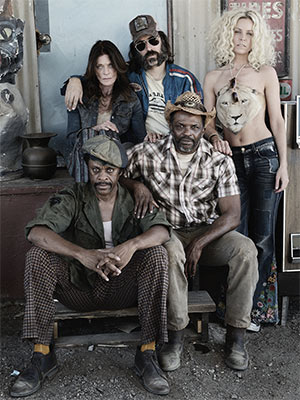 Over the past few weeks, Rob Zombie has shared nothing but the bad guys from his upcoming Halloween-themed horror movie, 31. Now, we’re getting a clear look at some of the good guys from the movie. This new batch of characters is played by Meg Foster, Jeff Daniel Phillips, Sheri Moon Zombie, Lawrence Hilton-Jacobs, and Kevin Jackson.

Zombie’s 31 has officially been acquired for North American distribution by Alchemy. A release date for the movie is expected to be announced in the not-too-distant future. Stay tuned to Yell! Magazine for many more updates to come.