Machete Kills In Space Will Be Made 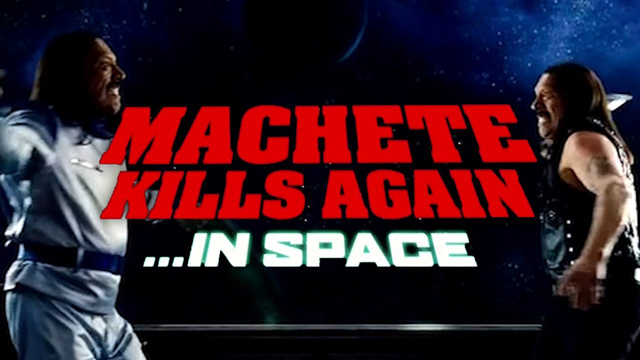 Are you ready to blast off? Danny Trejo has unofficially announced that Machete Kills in Space will be made this year, saying to Halloween Daily News:

Robert and I are going to start to do Machete Kills in Space, so that’s going to be awesome. Absolutely. We’re going to be working on it this year.

If you saw Machete Kills — and, according to the numbers, not many of you did — and if you stuck around for the fake trailer for Machete Kills in Space, then this news might not be surprising to you, but no doubt you’re pretty happy to hear something of the movie’s progress.

The franchise is known for it’s A-lister cameo draws, but other than the return of Michelle Rodriguez there’s nothing to be known about who else might be interested in appearing in Machete Kills in Space. Have no fear, however, as we’ll keep you posted as news develops around this project.