MTV’s Scream Series Is Back On Track, Cast And Director Announced 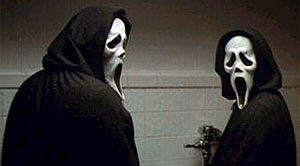 The legend of the Ghostface killer is expected to continue in MTV’s long-awaited Scream TV series, but only if the pilot episode is deemed successful. Unfortunately, we still don’t know when the episode will officially air on MTV, however, we finally have word on the director involved and who will star in the series.

Hollywood Reporter was the first to report the news earlier this week. According to them, Willa Fitzgerald will put on Neve Campbell’s shoes in a Sidney-like role alongside Amy Forsyth (Reign), John Karna (The Neighbors), Carlson Young (The Kroll Show), and newcomer Amadeus Serafini. Canadian filmmaker Jamie Travis, who directed a number of award-winning films, music videos, and TV commercials, will helm the pilot from a script written by Jay Beattie and Dan Dworkin (Criminal Minds, Revenge).

The Scream TV series is backed by Dimension Films and The Weinstein Co., which means the series won’t be taken lightly and will most likely stay faithful to the style of the films. Wes Craven was previously approached to direct the first episode, but it seems like he may have only been involved as a “creative consultant.”