Yell This! Ben Affleck In The Batsuit – Kills It? 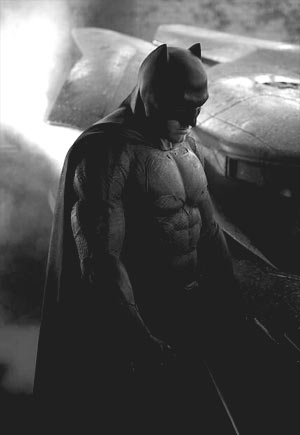 We know a lot of people aren’t happy that Ben Affleck is stepping into the batsuit to face Superman, or become his sidekick in the upcoming movie directed by Zack Snyder. We can understand why because he failed miserably as the Daredevil. Picturing Affleck as another comic character like Batman is extremely painful, but we just need to deal with that fact now.

Although, Batman vs. Superman is still two year away from release, Snyder felt it was necessary to reveal Affleck dressed as Batman via Twitter to put fans at ease. And, quite frankly, I think it was a good call because I personally think Affleck is killing it in the suit, but the big question still remains: Can he deliver all the other goods like the voice and mood of the character? Most likely not, but at least he has time to work on it and perfect it.

Check out both images, courtesy of Snyder and his Leica Camera. Do you like or dislike?