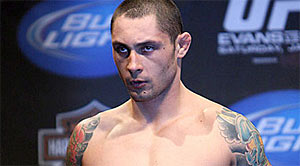 Last Thursday, UFC Light Heavyweight contender Thiago Silva was arrested in his Florida home after a violent incident with his ex-wife,Thaysa Silva. The incident took place at the Pablo Popovitch Brazilian Jiu-Jitsu Academy. Silva is currently in custody without bond, facing four charges including aggravated battery with a deadly weapon.

Following the arrest, new details continue to emerge on the bizarre incident that also involved the man Thaysa is possibly seeing, Pablo Popovitch, owner of the Jiu-Jitsu academy mentioned. Apparently, Silva threatened to kill his wife via a text message and shoot up the jiu-jitsu school. Popovitch, a Brazilian Jiu-Jitsu practitioner and a Grappling Hall Of Famer, has kept silent on the matter, until now.

He released the following statement:

Concerning the incident that took place at Academy last night. During our evening class, at around 7:45 p.m. Thiago Silva was outside sitting in his car honking the horn non-stop. Thaysa went outside to talk to Thiago to understand what was happening and saw a gun. After that, I went to see what was happening and also saw that he had a gun. He seemed to be under the influence of some type of drug whether alcohol or drugs. My staff notified the police at that time, and soon after the police arrived. He took off and the police went after him.

Thaysa has been separated and living alone since December of 2012. Thiago has been charged with battery in the past and was seeing other girls and moving on with his own life.

It’s very unfortunate that this had to happen, the last thing I wanted us to see Thiago in this manner. I wish him all the best and hope this will soon be over.

Silva was expected to face Ovince St. Preux at UFC 171, but the UFC replaced him with Nikita Krylov and released him immediately from the organization.