Dead In The Manger: Are You Ready For Blackened Grind Metal?

Here’s something very promising, judging from the press release I received this morning. To no avail, I went through the rather painful process of trying to find something online from this band. Newly signed to 20 Buck Spin records, Dead in the Manger has definitely been sold to me and I really want to hear them now. I guess I’ll have to wait till the promo material for their debut, Transience, comes through, at which time I’ll let you know my opinion.

For now, however, I’ll let the press release sell you just as it sold me. 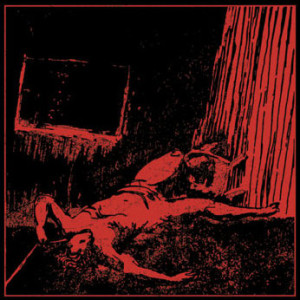 Olympia, Washington-based 20 Buck Spin continuously defies all extreme music genre boundaries, the label’s vast juggernaut of a roster containing top-tier acts from all realms and scenes of the underground, and now continues this tradition with the new induction of mysterious entity, Dead in the Manger.

Very little information was provided to 20 Buck Spin regarding Dead in the Manger when the label was initially contacted about a release, only that the band delivers a mix of depressive black metal and grind (which seemed on paper an impossible combination) and that the intention is to leave a feeling of unease and despondency in the listener. Nonetheless, a cursory listen to the outfit’s debut MLP, Transience, leaves no doubt that Dead in the Manger succeeds handily in creating music both brutally violent and coldly agonizing.

Transience begins with an atmospheric repetitive motive conjuring a bleak sadness that sets the stage for an urgent right turn to scalpel-sharp, maximum BPM aggression and multiple stab wounds of hate-driven malcontent. Filled with ill will and revulsion, Dead in the Manger walks a fine line between all out sensory violence and post trauma exhaustion.

With just six songs in less than twenty minutes — succinctly named Parts I-VI — Transience destroys the listener with a calculated premeditation in a short time, and is intended as a first glimpse at what Dead in the Manger is preparing for, as a debut full-length album is currently in the works.

Transience will be unleashed on MLP and digital formats in North America on April 29th and in Europe on May 2nd. Dead in the Manger’s LP debut will follow later in 2014, also on 20 Buck Spin.