Why Is MTV Commenting On Heavy Metal, Much Less The Female Fans? 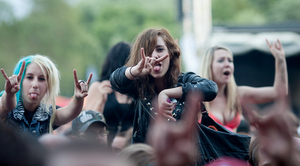 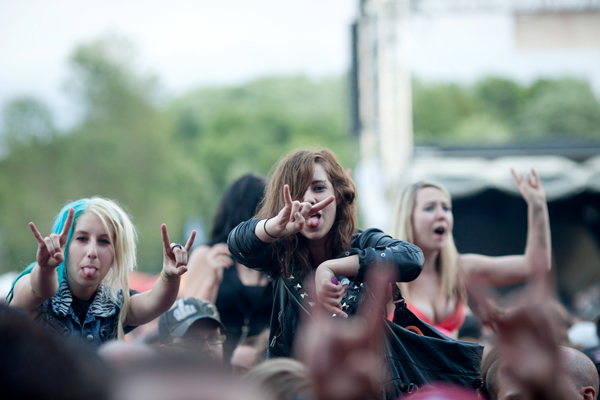 MTV has had nothing to do with music in a decade, so the fact that this article was run at all is a moot point. Nonetheless, let’s proceed.

The other day, in MTV.com‘s “Guy Code” channel, an article was posted that sought an answer to “Why Are There so Many Cute Girls at Metal & Hardcore Concerts Now?” Using a bastardized form of the scientific method, Ethan Fixell attempted to provide us an undeniable answer. (Note, I’d call Fixell an author or writer, but clearly he ain’t.)

After establishing his grounds for argument through varied sexist and objectification methods, and before jumping into some pick-up tips at an extreme show, Fixell led us to believe, using a quote from a female who was supposedly in attendance at a recent Pig Destroyer show in New York, that women are at metal shows now “Because they wanna meet dudes.” Fixell was also fixated on pointing out that women now have prime real estate to show off their side-boob because extreme music shows “aren’t as scary” as they once were because the Internet has demystified it and made it less intimidating. Really? Has Fixell watched anything related to metal or hardcore on the Internet lately? Has he seen this:

… or any of our 10 Explicit Music Videos?

Fixell was right about two things, mosh pit participants have developed something of a conscience and do pick one another up when someone falls and frontmen do ask fans to give space for the people upfront. But he’s wrong in his assumed reasons why. He’s basically said that moshers are soft these days, that a pit is no longer a place to punch or be punched. I don’t know if he’s been moshing at Raffi shows, but the moshers at the shows I go to are just as likely to punch you after you’ve been picked up than if you goosed his girlfriend. Also, it seems his equating band concern for their fans with being less hardcore, but the reality is bands are more aware today that fans can die at their shows if they don’t intervene. Caring for human life has nothing to do with being hardcore.

what a lame article. First of all his scientific method is off. Second, metalcore isn’t heavy metal. Third, yeah, he is being sexist. Fourth, extreme metal is demystified and less intimidating? Has he seen this http://vimeo.com/56447021 ? Also, a mosh pit is still a place to punch and get punched, but like he said, we also pick one another up now. That and the fact that bands ask fans to give room to the people in the front aren’t indicative of how hardcore your are, we’re all just a little more aware of the fact that people can die at these events.

Cute, hot, sexy, attractive: these are all subjective adjectives. There’s no denying that heavy metal fandom is dominated by males, but women are and always have been welcome. Instead of placing a value on them based on appearances and thus objectifying them, possibly further alienating them, let’s welcome them into the fold. Metal is about finding an extended family, a shared set of values and beliefs, about release, and about the damn music. Whether you got a V or a P between your legs, metal knows no sex.

So, dear Mr. Ethan Fixell, please leave the metal to the people who listen to it and please, shove your head back up your ass.