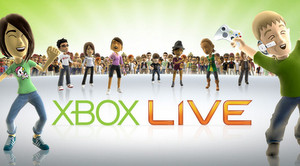 Let’s avoid any discussion about how this is a violation of our rights to privacy and focus on the broad strokes. In a nutshell, and according to Edward Snowden’s whistle-blower documents, since 2008 the U.S. and British governments have been conducting surveillance and gathering personal data from the World of Warcraft (WoW), Second Life, and Xbox Live networks. These documents were released to the New York Times and the Guardian; the full 82-page document can be read at: www.documentcloud.org

The topic of the document is “Exploiting Terrorist Use of Games & Virtual Environments,” which is the leg the U.S. National Security Agency (NSA) and UK Government Communications Headquarters (GCHQ) is using to stand on. The idea is that terrorists could be using these gaming networks to conduct clandestine communications. So, the NSA and GCHQ had agents create characters and accounts to sniff around users and collect information. In the end, these efforts turned up very little if anything.

A spokesperson for Blizzard Entertainment told the Guardian:

We are unaware of any surveillance taking place. If it was, it would have been done without our knowledge or permission.

Microsoft has also issued a statement:

We’re not aware of any surveillance activity. If it has occurred as reported, it certainly wasn’t done with our consent.

Check out what Gamespot had to say:

Honestly, if you’re using these gaming networks as they should be used, you’ve got nothing to worry about and nothing to hide. Is it an invasion of privacy? Yeah, but it’s negligible — especially if it stops a terrorist attack. In a way, I commend the government for leaving no rock unturned and for thinking outside the box.