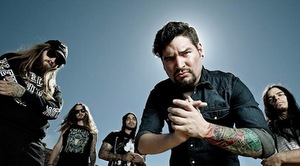 Also with this news, actually prior to the announcement, Suicide Silence put out a re-recording of “You Only Live Once” with an unnamed Hermida on vocals. You can hear the sample just below:

Judging from the official band statement, they are happy with their decision, as they should be:

Suicide Silence is pleased to announce the addition of Eddie Hermida to the family. Many of you may be familiar with Eddie through his work with All Shall Perish. For those of you unfamiliar, our relationship with Eddie goes way back to the Spreading Disease Tour, our first U.S. headlining run, in 2006. Mitch & Eddie remained long-time friends and we felt that if the band were to continue it should be with someone Mitch knew personally and respected as both a friend and an artist. We’ve chosen Eddie as our new frontman in association with this long-standing relationship & countless other attributes from his quality of character to his dynamic vocal abilities that make him the absolute best fit for this band.

We hope you all will embrace this decision with open arms understanding that this is what Mitch would have wanted. He would want his brothers to stick together & carry forward what he helped create. Every time we step on stage it will be in his honor & for his legacy. Suicide Silence will continue.

In my opinion, it’s a rare occasion when a band should hang it up just because they lost a member. What are your thoughts on Hermida joining Suicide Silence? Yell about it in the comments section below.