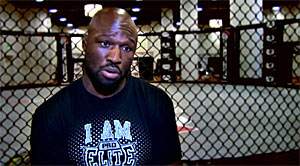 Here’s a sweet new preview video of the main bouts for Bellator 97 in Albuquerque, New Mexico, which will be televised LIVE on Spike TV tonight starting at 7:00 ET.

Next, Muhammed “King Mo” Lawal is determined to avenge the recent loss of his friend and now retired MMA vet Renato Sobral against Jacob Noe in the light heavyweight tournament finals.

Lastly, a heavyweight bout between Vitaly Minakov and Ryan Martinez is expected to end in another glorious knockout.

All of this will go down at Bellator 97, so make sure you tune in to Spike TV.