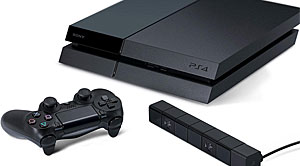 If building virtual friends in the gaming community is of any importance to you, then you might want to consider looking at these new details about the set limit of friends you can have on the PlayStation 4 and Xbox One.

Current consoles (PS3/Xbox 360) only allow you to have a maximum of 100 friends, however, a Sony representative recently confirmed that the PS4 will allow owners of the next-gen unit to have 2,000 friends. A huge difference compared to the PS3, and kills the Xbox One by doubling its support for virtual friends. Mircosoft revealed last week that they expanded its friends list to support up to 1,000. Personally, this detail doesn’t concern me one bit since I never made an effort in the past to build friends online, and my future will most likely be no different. However, I can see this limit difference to be important to some, but I doubt any gamer will truly decide on which console to buy based on this factor alone.

In addition to this, Sony also confirmed that the PS4 will be available in jet black at launch, players can carry over their PlayStation Network IDs/avatars, and support 3-D games.

You can expect the new console to hit the market over the holidays for $399, and the Xbox One at $499.