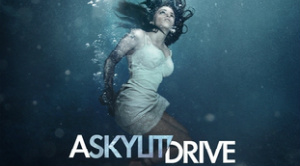 Fans are eagerly anticipating A Skylit Drive‘s forthcoming album, Rise, which has a September 24th street date. While many fans hold Wires… and the Concept of Breathing as the benchmark for the quality of the band’s output, many insiders are saying that Rise surpasses that material and may be the album to make A Skylit Drive a household name.

Pre-order the album at: tragicherorecords.merchnow.com

While nothing more than a commercial for the album has yet been released, the band has announced the first string of tour dates for the Rise Up Tour, which will be in support of their new album with Tragic Hero Records. Also on the tour will be For All Those Sleeping, I The Mighty, Wolves at the Gate, and Pvris.

About A Skylit Drive:

Great vision, that’s what it takes to refuse to rest on previous success and instead focus on what you need to become in the future, which is exactly what Lodi, California’s A Skylit Drive continues to achieve with every album. Vocalist Michael “Jag” Jagmin, guitarist Nick Miller, bassist/screamer Brian White, drummer Cory La Quay and keyboardist Kyle Simmons, officially exploded onto the scene in 2007 with their EP She Watched the Sky. They followed that release up with three full-length albums titled Wires… and the Concept of Breathing, Adelphia, and Identity on Fire, all of which charted on the Billboard Top 200, and their live DVD Let Go of the Wires.

A Skylit Drive has toured extensively with similar artists like Blessthefall, Sleeping with Sirens, Pierce the Veil, and Of Mice & Men, as well as contributing songs to the well-known compilations Punk Goes Classic Rock and Punk Goes Pop Vol 4. A Skylit Drive’s musical resume would be enough of a career for most bands, but they have no intentions of slowing down. In fact, the band believes they are just hitting their stride. They released their highly anticipated single “Fallen” to critical acclaim and assured their fans that this was just a taste of things to come on the new album that will be out in September 2013. The song joins the essential characteristics of A Skylit Drive’s signature sound heard on Wires… and the Concept of Breathing while showcasing a wide spectrum of tones, textures and song structure.