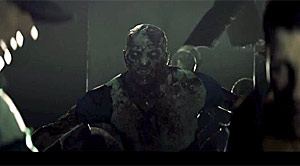 Techland Games’ upcoming FPS, Dying Light, smells like success with its mixed bag of zombies and parkour skills. And I don’t mean the zombies have agility to dash and volt, that would be insane, but one of protagonists in Dying Light resembles the main character of inFAMOUS and appears to have those skills. You can see them in the debut CGI trailer for Dying Light.

From what I know, one of the big selling points of the new game is a realistic day/night cycle, which at night time will require a stealthier approach than during the day, if you want to avoid getting into trouble with faster and more powerful creatures. Combat in Dying Light appears to be similar to Dead Island with the ability to upgrade melee weapons like a machete and a pipe wrench. It also sounds like you can have fun with kills by jump-kicking a zombie into spiked walls. That’s definitely my cup of tea. I can’t wait to see true gameplay footage from the game in the near future.