Evile Continue The Thrash Tradition In The “Underworld” 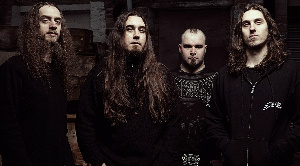 Evile‘s new album, Skull, will be released on May 27th, but until then we hope you can satisfy your hunger for thrash with the “Underworld” lyric video. We were totally impressed with their last effort, Five Serpent’s Teeth, and if “Underworld” is any indication, Evile is continuing the thrash tradition with a 21st century mentality.

Skull is available to pre-order now in a range of great formats, with something for everybody. But hurry – some of these options are only available in strictly limited quantities, and once they’re gone, they’re gone!