From Dusk Till Dawn TV Adaptation – Would You Watch It? 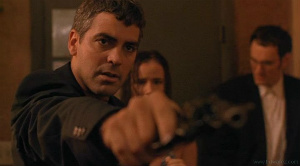 In a deal between Univision Communications Inc., Robert Rodriguez-created El Rey Network, and FactoryMade Ventures, Rodriguez will have his very own television network. The network will have national distribution via Comcast. Among the first shows in the works for the new El Rey – From Dusk Till Dawn!

Obviously, Rodriguez has a creative interest in the adaptation, but the rest of the details are not known. For example, there’s no word if Tarantino or Clooney would be involved, and to that end, we don’t even know if Tom Savini or his Sex Machine will be a part of the production. We can only hope. Even if Savini is onboard in an FX capacity, wouldn’t it be great to have him and From Dusk Till Dawn pitted against his protege Gregory Nicotero and The Walking Dead?

El Rey isn’t expected to launch until December 2013, but we’ll keep you posted as this story develops.